He also took the opportunity to unveil incredible plans to celebrate gay marriage in Australia at the expense of Court … and with help from none other than Elton John. 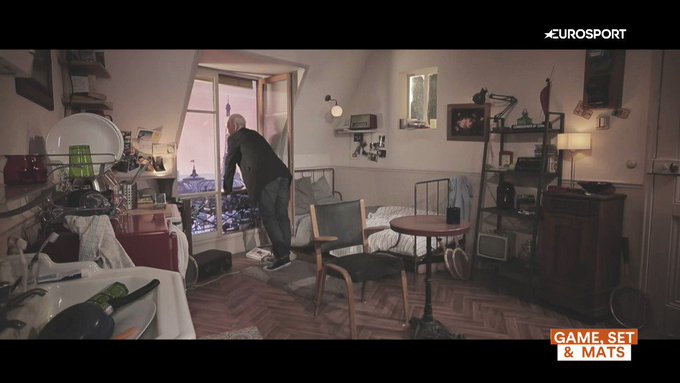 The best thing John McEnroe has done in years.

On Eurosport, on Margaret Court:

Now that marriage equality has won out in Australia, McEnroe’s proposed celebration will be quite the memorable occasion.

To understand why so many people are applauding McEnroe, you first should understand how stunningly offensive Court’s recent comments about LGBTQ people really were.

In an interview with Christian Vision Radio, Court said transgender people are influenced by the devil, alleged LGBTQ rights activists are brainwashing children like Hitler did, and claimed, disappointingly, that the sport she once championed is now “full of lesbians.”

That interview came on the heels of Court’s public boycott of Qantas Airlines after the company’s CEO voiced support for same-sex marriage.

Many players have called for Melbourne’s Margaret Court Arena — one of the country’s most prominent tennis venues — to be renamedin light of her homophobic and transphobic remarks.

McEnroe, long known for his blunt candor, has other plans in mind for Court’s namesake arena. That’s where Elton John comes in.

When same-sex marriage comes to Australia, “I will personally call my good friend Elton John to host the biggest same-sex mass wedding ceremony ever seen — in Margaret Court Arena,” McEnroe says in the video, addressing Court directly. “Margaret, that’s the kind of guy I am.”

McEnroe also tore into Court for her comments about tennis being “full of lesbians.”

“The way I see it, there are three options regarding this statement,” McEnroe skewered, staring into the camera, both angry and amused.

After the threat of her arena losing its name, McEnroe’s blistering takedown, and a good public roasting on Twitter, maybe Court will take a moment to reflect on the lesson most of us learned in grade school: If you don’t have something nice to say, don’t say anything at all.