The 1998 world champions will celebrate June 20th the twentieth anniversary of their coronation with a gala match at the U Arena in Nanterre, broadcast on TF1, announced Yuri Djorkaeff, Laurent Blanc and Bixente Lizarazu Monday at the Paris headquarters of the channel. “The twenty years of the victory deserved a celebration to share once again with the public some strong and unforgettable moments , “ said Youri Djorkaeff, at the initiative of this match. The former PSG player and Inter Milan also wants to take the opportunity to “encourage France, our supporters and our team, and give it energy to play a big 2018 World Cup” in Russia (June 14 -July 15th). 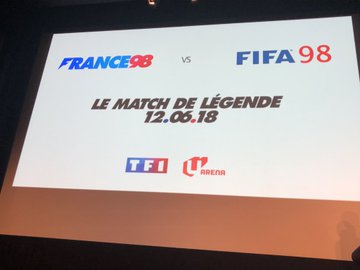 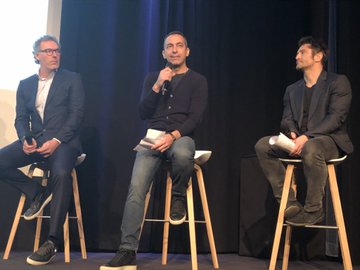 The organizers hope 30,000 people at the U Arena Nanterre for a meeting between the Blues of 1998 to a selection of international players present at this World Cup in France. Apart from Didier Deschamps, in preparation for the 2018 World Cup, all the Blues are expected, including the six players called in the extended group but had to leave their teammates before the start of the competition: Nicolas Anelka, Ibrahim Ba, Martin Djetou , Pierre Laigle, Sabri Lamouchi and Lionel Letizi.

For the team opposite, Laurent Blanc assured that he was going to take his phone to invite big names. He even tries to convince the Croatian Slaven Bilic, who had caused his expulsion in the semifinals of the World Cup. The TF1 channel also announced the broadcast of a film retracing the epic 98 with testimonials from all the actors of the time, at a date yet to be confirmed. In the excerpts presented, we see Zinédine Zidane recognize: “world champion in his country against Brazil. You can turn the thing around. I do not think it’s going to happen a second time (laughs). ”