While President Rodrigo Duterte claims there is no plan so far for the government to entertain a casino project in Boracay, photos from Malacañang showed he met with the officials of a Macau-based company who plans to build such a casino resort on the island.

On Monday, the President said there is no plan so far for the government to entertain a casino project on Boracay island.

“Wala akong plano diyan [na] casino-casino. Tama na ‘yan kasi sobra na. Casino dito, casino doon. Give it to the people who need it most,” he said in a press conference in Davao City before heading out to China. 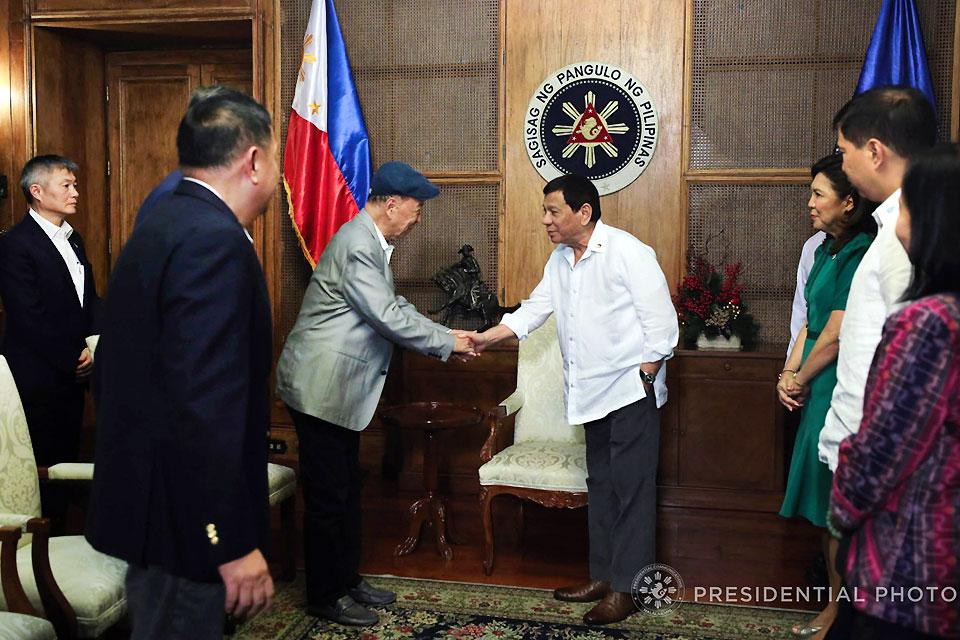 Another photo also showed the President sitting with officials of Galaxy Entertainment and officials from the Department of Tourism and Philippine Amusement and Gaming Corp. (PAGCOR). 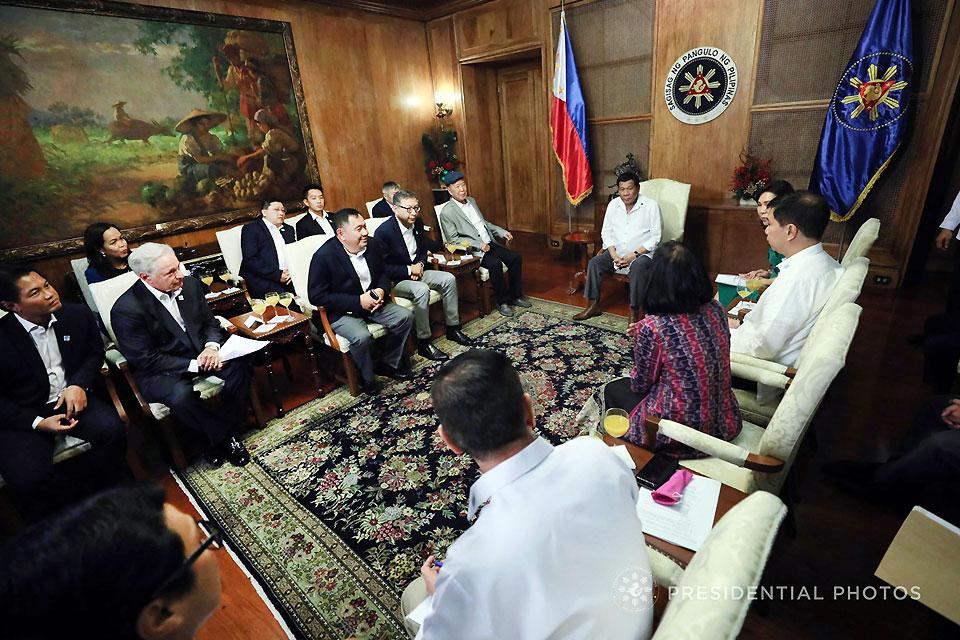 A caption provided by the PCOO said Duterte is discussing “matters with the officials of the Galaxy Entertainment Group Limited led by its Chairman Dr. Lui Che Woo as the group paid a courtesy call on the President in Malacañang on December 6, 2017.”

A report by Reuters also said that officials of Galaxy Entertainment and its local partner Leisure and Resorts World Corp. (LRWC) paid Duterte a courtesy call to discuss the plan.

A news release by the PCOO also said officials of the Macau-based Galaxy Entertainment Group paid a courtesy call on President Duterte. It said that the “company is in the process of complying with government requirements to start operating in the country.”

They were joined by Representative Alfredo Abelardo Benitez of the third district of Negros Occidental, according to the PCOO news release. Benitez is the founder and majority owner of LRWC.

Asked if the Galaxy informed the President during the courtesy call last year of its planned casino resort in Boracay, Benitez answered in the affirmative.