Washington (CNN )Throughout 2018, President Donald Trump turned the White House and America into a source of instability, unpredictability and disruption.

The past 12 months saw many fears about the 45th President, in the United States and around the world, come true. But it also meant promises delivered for voters who prescribed his electric shock therapy and who relish the sight of political, legal and media establishments in Trump-induced meltdowns.
After a year of domestic chaos, shocks from the Russia probe and belligerence abroad, Trump is less restrained and making more waves than ever.
“My whole life has been heat. I like heat, in a certain way,” Trump said in January, summing up the sensory overload of his presidency. 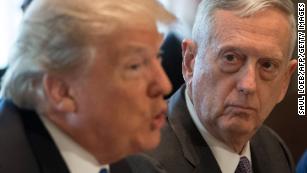 How the Trump-Mattis alliance crumbled
There is a sense that a presidency based on the volcanic temperament of a commander in chief who adores risk and disdains history, briefings and fact is careening out of control, setting up an even more chaotic 2019.
Concern, even among so far docile Washington Republicans, about Trump’s course is palpable.
During a discombobulating holiday season, a constitutional or international crisis felt just around the corner. In an administration steeped in scandal, the stench of corruption thickens by the day.
The President is calling the shots and trusting his gut.
He’s replaced calming forces — such as ex-Secretary of State Rex Tillerson and chief of staff John Kelly — with more pliable loyalists less likely to challenge him, Mike Pompeo and Mick Mulvaney, respectively.
The result is a presidency increasingly testing limits on executive power and liberated by the commander in chief’s prerogative to decree foreign policy.
After nine months back in the real world Tillerson offered a chilling glimpse into how Trump operates.
“I’d have to say to him, ‘Well, Mr. President, I understand what you want to do, but you can’t do it that way. It violates the law. It violates treaty,’ ” Tillerson recounted.
Trump’s startling decision to pull troops out of Syria was a case study of a President who defies advisers, and the consequences be damned. A senior administration official told CNN’s Jim Sciutto that national security decisions are “made on a whim on phone calls.” 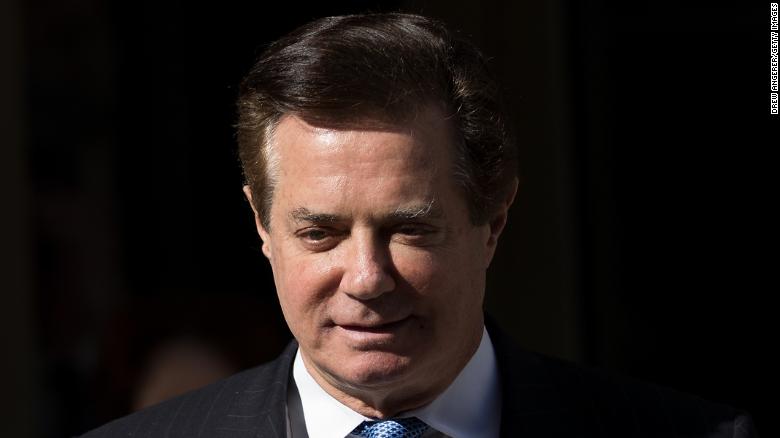 At least 16 Trump associates had contacts with Russians during campaign or transition
But Trump does not control everything. In fact, he may not control his own fate.
The relentless march of special counsel Robert Mueller is bolstering the possibility that Trump won the presidency by colluding with a hostile foreign power and tried to enrich himself in the process.
Trump has denied all wrongdoing and Mueller has yet to prove that the campaign colluded with Russia or the President obstructed justice to cover it up.
There is, however, a darkening cloud over the President. An impeachment saga is becoming more likely in 2019, depending on Mueller’s final report. 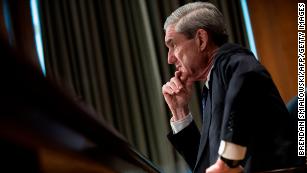 While there is intense pressure from the Democratic base for such a step, the gravity of that process bears careful consideration — especially if the evidence against Trump is not overwhelming.
America has taken steps toward removing a President only three times before in its 242-year history.
To do so for the third time in 45 years would spur political dislocation that could linger for decades. It’s no wonder that presumptive incoming House Speaker Nancy Pelosi is keeping her powder dry for now. 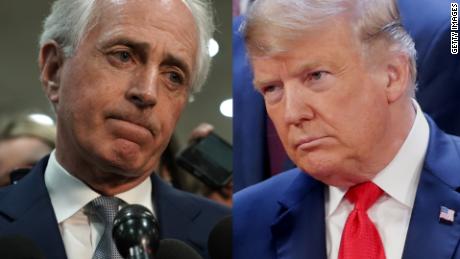 In a rare moment of self-reflection in May, Trump said: “We’re all fighting battles, but I love fighting these battles.”
As the year turns, the President is at war on multiple fronts.
He’s in conflict with the chief justice of the Supreme Court and the judiciary system, his own Justice Department, the chairman of the Federal Reserve and his secretary of defense. He often seems to be fighting the rule of law itself.
His battle with Congress is escalating: He ended the year by shutting down the government after failing to get $5 billion in taxpayer money for the border wall he promised Mexico would pay for.
He’s waging a trade war with China, and regularly insults the leaders of America’s closest friends, including the European Union and NATO partners.
He has trampled the values of universal human rights, press freedom and a rules-based trading system, and the fabric of international liberal democracy that long underpinned America’s 70 years as the dominant superpower. 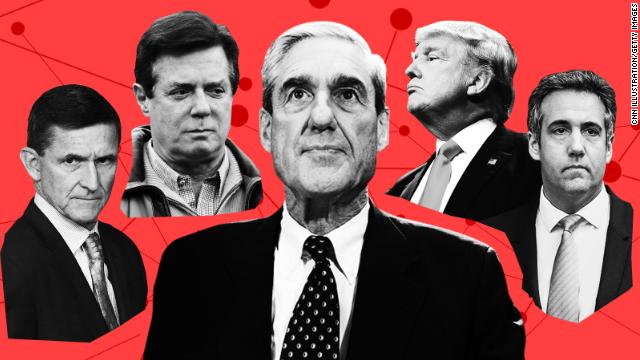 “My administration has accomplished more than almost any administration in the history of our country,” Trump said at the United Nations General Assembly in September.
Titters from UN delegates expressed how much of the rest of the world feels about the President. They were also validation for his voters, who see his populist crusade as the scourge of international elites.
But for anyone who believes that the values and international infrastructure that Trump is undermining underpinned decades of relative peace, won the Cold War and made the world safe for capitalism, these are worrying times.
Trump also escalated his war on fact and truth in 2018, inventing new narratives when reality doesn’t suit him, compromising trust in critical political and legal institutions.
In recent days, for instance, the President has falsely claimed that the US eradicated ISIS in Syria. Greeting troops in Iraq, he lied when he said he had given them their first pay raise for 10 years and that it was 10%.
There is a method to Trump’s assault on institutions and facts. His war is against forces and realities that contradict him or challenge his power. 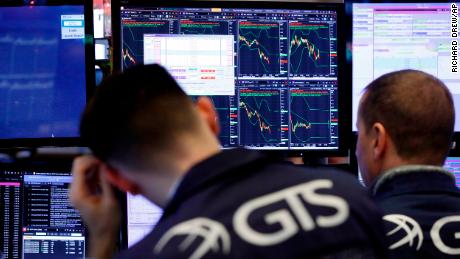 Dow plunges after biggest point gain in history
Living in the same decade as Trump is exhausting.
A daily parade of scandals, head-spinning reversals and feuding numbs the soul and drains the outrage from shocking events.
The year started with the President boasting that he had a bigger nuclear button than North Korea’s Kim Jong Un and strafing the “deep state” Justice Department.
Months later he held a hitherto unthinkable summit with Kim in Singapore and told a campaign crowd that he and the ruthless North Korean dictator “fell in love.”
Trump reportedly called some African nations “shithole countries” and blasted a book by Michael Wolff that revealed the “Fire and Fury” of his presidency. There was unprecedented West Wing staff turnover. Tillerson was fired on Twitter, and fired FBI Chief James Comey styled Trump as a mafia don in his new book.
The President blasted G7 leaders in Canada, then cozied up to Russian President Vladimir Putin.
Trump presided over the separations of hundreds of kids from their undocumented migrant parents and secured a conservative majority on the Supreme Court.
When Sen. John McCain’s funeral turned into a weeklong rebuke of his presidency., Trump bolstered the critique by overseeing a midterm election campaign steeped in fear and racism. 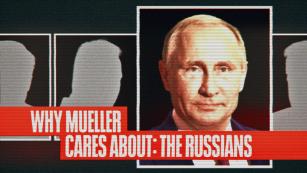 One senior Trump administration official was prompted to pen an anonymous New York Times op-ed decrying presidential behavior “detrimental to the health of our republic.”
Democrats took back the House. And a Trump supporter allegedly sent pipe bombs to political leaders critical of the President.
In a stunning glimpse into his worldview, Trump shrugged off the murder and dismemberment of Washington Post columnist Jamal Khashoggi in the Saudi Consulate in Istanbul by arguing the Saudis buy lots of US exports.
Earlier, Trump pulled out of the Obama administration’s Iran nuclear deal, further alienating the US from its allies.
The President was indirectly implicated in a campaign finance crime as Mueller put his campaign, transition, presidency, personal life and business under scrutiny.
The year ended where it began, in turmoil that featured the resignation of Defense Secretary James Mattis over the Syria withdrawal and volatile markets seesawing through the worst December since the Great Depression.

Tired of winning yet? 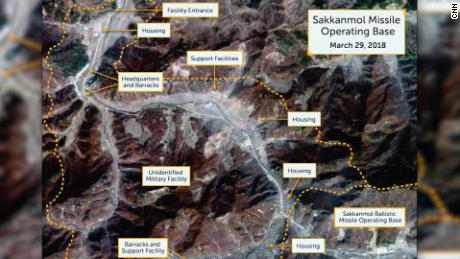 Trump’s cacophony often drowns out his achievements.
The US economy has rarely been in better shape, despite a volatile stock market. Unemployment is below 4% and consumer confidence is high, though it dipped a little in December.
Since he’ll get the blame for any slowdown that could imperil his re-election, Trump gets to crow for now.
He also claims a huge victory in renegotiating the North American Free Trade Agreement with Mexico and Canada. Yet, like many of his negotiated triumphs, it looks less significant on close inspection.
Trump justifiably argues that North Korea has stopped testing missiles and nuclear devices since he met Kim. But there is no sign of permanent denuclearization. His moving of the US Embassy in Israel from Tel Aviv to Jerusalem honored a campaign promise but may have set back peace hopes.
In October, Trump got the right to count his presidency as historically consequential when Brett Kavanaugh was sworn in as a Supreme Court justice after denying claims that he had sexually assaulted a young woman while in high school. 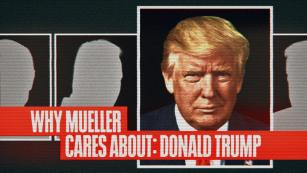 Trump and Senate Majority Leader Mitch McConnell are stocking courts with reliable conservative judges who can serve for decades after the President has left office.
Since Trump’s survival in office may depend on the support of at least 20 Republican senators in any impeachment trial, it’s important there has been no slippage in his base in the GOP grass roots this year.
Another year in power meant another year of ripping up Obama-era regulations on the economy, environment and education. There’s been a hike in military spending. The White House also engineered bipartisan victories, on combating opioid abuse and overhauling criminal justice.
But the incoming Democratic-led House and its oversight of every aspect of Trump’s life and presidency and the stirring 2020 election mean bipartisanship is unlikely in 2019.
After meeting Kim in Singapore, Trump said that “the past does not have to define the future.”
But with Mueller closing in, and the President moving to maximize his own personal power, the year gone by does seem to be setting the stage for something even bigger.
If so, 2018 will have just been a warm-up act.