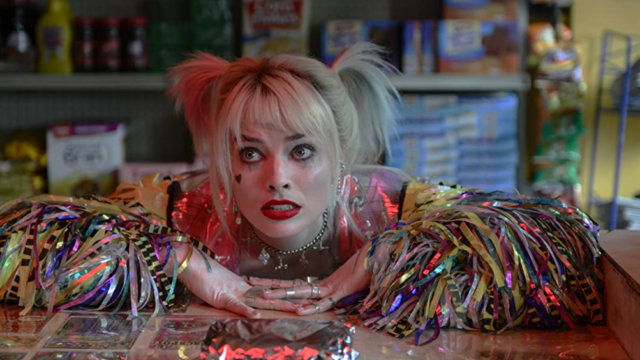 A-hoy, me hearties! The scuttlebutt has it that Margot Robbie is set to star in a new Pirates of the Caribbean movie – and she’s bringing along her Birds of Prey writer Christina Hodson.

Details of the new flick are as hard to come by as buried treasure, but according to the Hollywood Reporter, you aren’t likely to see any familiar buccaneers from the previous instalments.

This project still exists in the same Pirates universe, but it won’t be a sequel or spinoff, and is said to bring on a totally new plot, cast and characters.

Robbie and Hodson are shaking up the male-dominated franchise, with their adaptation reportedly featuring a female-fronted cast.

In 2019, the two joined forces to launch the Lucky Exports Pitch Program, which aims to get more female-identifying writers hired by studios to write action films.

Hodson has already proven she knows what it takes to fill seats, having found success with Birds of Prey and Transformers spinoff, Bumblebee.

In addition to her swashbuckling endeavours, Hodson is also penned to write the screenplays for upcoming films The Flash and Batgirl.

The move might be just what it takes to save Pirates from going under.

Despite being one of the most successful film franchises of all time and earning a mouth-watering $US4.5 billion ($6.5 billion), mediocre reviews and poor-performing sequels have left a question mark looming over the series.

The underwhelming reception for the latest chapter, Dead Men Tell No Tales, combined with allegations of domestic violence and abuse against actor Johnny Depp, has further thrown the franchise into uncertain waters.

But don’t panic – the Pirates we know and love hasn’t hit Davy Jones’ locker just yet.

The sixth instalment in the original franchise is still being developed by its long-time screenwriter Ted Elliott, as well as Chernobyl’s Craig Mazin.

That’s right – Disney is backing two new films that aren’t directly linked to one another.

Veteran Pirates producer Jerry Bruckheimer is attached to both Elliott and Mazin’s upcoming film, and also the Robbie and Hodson adaptation.

“We’re not sure quite what Johnny’s role is going to be. So, we’re going to have to see,” Bruckheimer said.

The post Margot Robbie to sail onto screens in new <i>Pirates of the Caribbean</i> film appeared first on The New Daily.