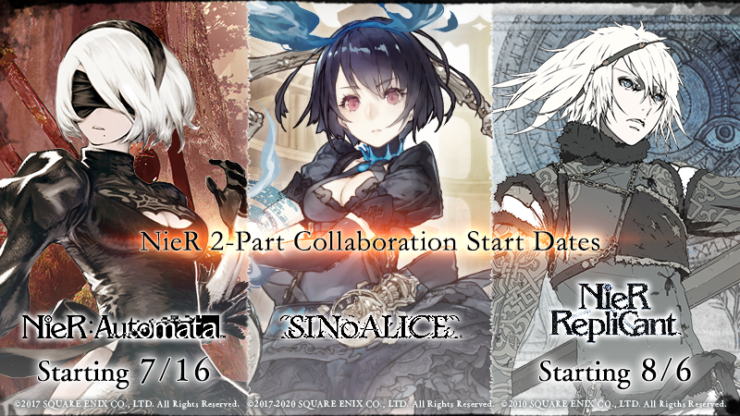 While fans eagerly await the revival of NieR with the NieR Replicant remaster, Yoko Taro and composers Keiichi Okabe/MONACA have teamed up once again for a mobile-exclusive title. SINoALICE, first released in Japan in 2017. Since then, the global release of SINoALICE has surpassed 2,000,000 pre-registrations to become one of the most anticipated gacha mobile titles of 2020. With the pre-registrations hitting a certain milestone, all new players will be granted 200 Twilight crystals and 100,000 gold pieces, both useful for rolling your favorite waifu in the gacha machines.

Library, a place where all of the world’s stories are gathered. Now, here at the library, the girls’ struggle to complete the story of their desires.

◈Delve into Your Favorite Character’s Story

As the story of your character unfolds, the truth is revealed in a Crossover Tale – The Weapon Tale, which reveals the sad stories of over 150 weapons, The Class Tale, which gives a glimpse into the characters’ minds that change based on their class.

SINoALICE will officially launch at 1AM PDT in North America and will be available on both Google Play and the Apple App Store. Two back-to-back NieR collaboration events are slated to start after the global launch, first with NieR:Automata beginning July 16th and running until being replaced with a NieR Replicant event that begins August 6th.