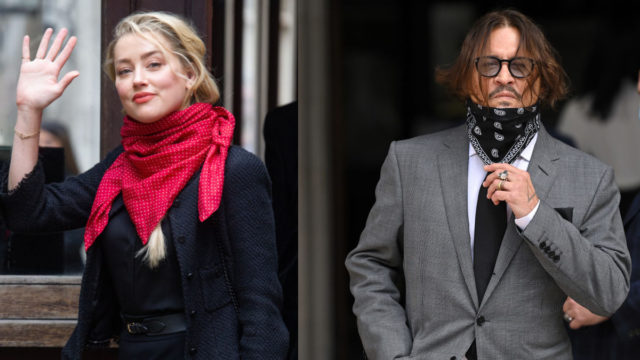 Johnny Depp has accused his ex-wife, actress Amber Heard, of hitting him with a “haymaker” punch during an altercation after her 30th birthday party.

But the incident was not isolated, Depp’s former personal assistant told London’s High Court after claiming Heard was the “abuser” in the high-profile relationship.

On Tuesday morning (Australian time), Depp wrapped up testimony in his libel suit against News Group Newspapers, publisher of London’s The Sun.

He is suing the media group over an April 2018 article that called him a “wife-beater”. Depp strongly denies allegations he was violent towards Heard.

Depp used his final day to make counter claims against his ex.

He told the court that in April 2016 he and his then wife had been celebrating her 30th birthday party when he retired to bed to read.

Heard came into the room and began accusing him of ruining her birthday dinner, Depp said.

She then threw a “haymaker” – or wild swing – at him, Depp claimed.

Just before the party, Depp had been informed his former business managers had absconded with hundreds of millions of dollars.

Asked how much was stolen, Depp said “this is a ludicrous amount to have to state, it’s quite embarrassing – apparently I had made $US650 million ($A931 million)”, much of it through his involvement with the Pirates of the Caribbean films.

Depp added that in addition to losing the $US650 million he was “$US100 million ($A143 million) in the hole because they had not paid the government my taxes for 17 years”.

Depp and his former business managers settled a legal dispute over the alleged fraud in 2018.

His ex-personal assistant Stephen Deuters said the punch on the day os his ex-wife’s birthday party followed “years of abuse”.

“I knew that Ms Heard was the abuser in the relationship and I was appalled that she would behave in this way,” he said in a statement to the court.

Mr Deuters claimed, “at no point did Ms Heard ever mention any physical abuse and I never saw evidence of any injury to Ms Heard”.

Heard is attending the three-week trial and is scheduled to give her own version of events later.

During five days in the witness box, Depp depicted a tumultuous relationship with Heard during a period when he was trying to kick drugs and alcohol, and sometimes lapsing.

He called the relationship “a crime scene waiting to happen”.

But he denied Heard’s claims that he slapped, hit, headbutted and threw things at her, and accused the model-actor of compiling a dossier of fake claims against him as an “insurance policy”.

The Sun‘s defence relies on a total of 14 claims by Heard of Depp’s alleged violence between 2013 and 2016, in settings including his private island in the Bahamas, a rented house in Australia and a private jet.

Heard, a model and actor, filed for divorce the following year, and the divorce was finalised in 2017.

The post Johnny Depp says he was punched by wife on night millions ‘stolen’ appeared first on The New Daily.