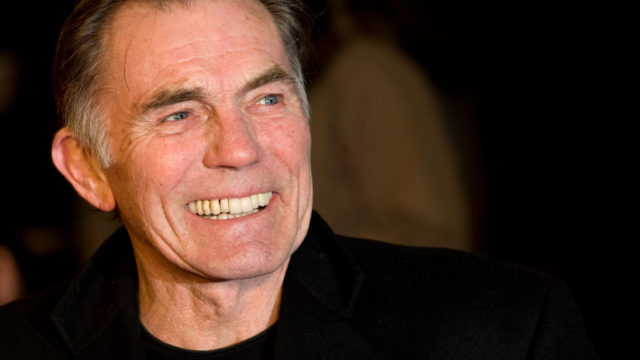 Veteran British actor Maurice Roeves, known for his roles in the television series Doctor Who and the film The Last of the Mohicans, has died at the age of 83, his agent says.

The star, who played the mercenary Stotz in Doctor Who, Vince Diver in Tutti Frutti, and Colonel Munro in Michael Mann’s big-screen version of The Last Of The Mohicans, was most recently seen in the BBC drama The Nest.

A statement from his agent Lovett Logan said: “It is with great sadness that we can confirm the passing of our wonderful client #MauriceRoeves.

“Maurice had a hugely successful career in both theatre and screen which spanned several decades, starting in his home country of Scotland and moving to London and the United States.

We’re sad to report the death of Maurice Roeves, who had a long career in TV and film, including playing Stotz in ‘The Caves of Androzani’ https://t.co/d9ZAq1v9Il #DoctorWho pic.twitter.com/Faii3UMpLK

“He was loved by his legions of fans for many of his performances, including Vince Diver in Tutti Frutti, Stotz in Doctor Who, a Romulan captain in Star Trek and Colonel Edmund Munro in The Last Of The Mohicans.

“Maurice loved nothing more than being on set with his fellow actors and worked right up until the end, recently being seen in the BBC series The Nest at the start of this year.

“As well as being a truly dedicated and gifted actor, he was also a real gentleman and a delight to have as a client. We will miss him greatly and our thoughts and love go out to Vanessa and his family.”

Actor Maurice Roeves – known for playing villains and tough guys – has died at the age of 83https://t.co/y2eHqxuxKe

Roeves also appeared in EastEnders as Geoff, the alcoholic father of Kate Morton in 2003, and made appearances in the 1995 movie version of Judge Dredd, the TV adaptation of Vanity Fair and TV staples such as Casualty and Holby City.