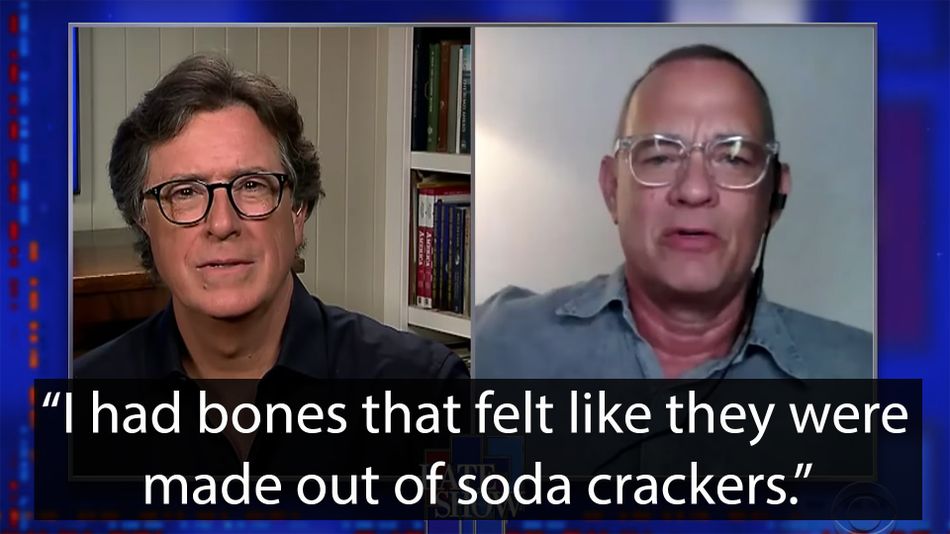 Back in March, Tom Hanks and his wife Rita Wilson were two of the first celebrities to test positive for COVID-19.

But as the Oscar-winning actor tells Stephen Colbert in the clip above, their symptoms were actually very different.

“Other than a headache, she had a higher fever than I did, she had horrible nausea,” says Hanks, going on to say that while his wife also lost her sense of taste and smell, he kept his.

“I had bones that felt like they were made out of soda crackers,” Hanks continues. “Every time I moved around it felt like something was cracking inside of me.”

His other symptom? “A really sore butt.” (Muscle or body aches are on the CDC’s list of symptoms.) Read more…