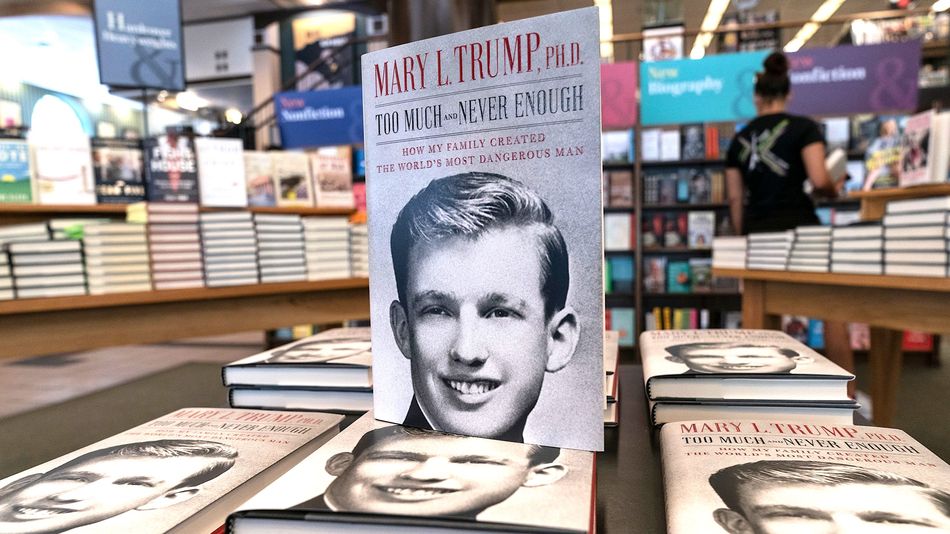 As a keen student of the shitshow formerly known as the daily news, you may have noticed the president’s niece has a book out this weekToo Much and Never Enough: How My Family Created the World’s Most Dangerous Man is the first tell-all written by one of Donald Trump’s relatives. The fact that Mary Trump is a psychologist with a Ph.D. adds fuel to the fire, as she diagnoses her uncle with having all the signs of sociopathy and narcissistic personality disorder. (Gee, you think?)

These and other juicy extracts from the book have leaked at a steady clip since the president’s unsuccessful lawsuit to block its publication. You can read for free about how Donald leered at Mary the first time he saw her in a swimsuit, that he paid a guy to take his SATs, that he went to see a movie while his brother Fred Trump Jr. (Mary’s dad) was dying, and that when Fred Trump Sr. had dementia, Donald tried to rewrite his dad’s will to put himself in sole charge of the family fortune. Read more…