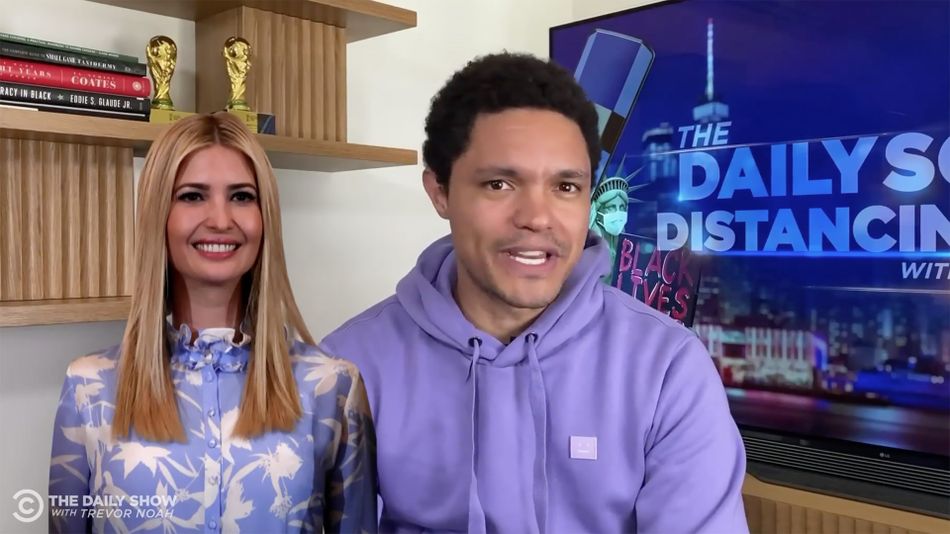 On Monday, Ivanka Trump (referred to by Trevor Noah as “winner of take your daughter to work day”) decided to use her 9-million-strong Twitter platform to promote Goya beans, prompting both bean memes and questions over a possible federal ethics violation. A short while later, Trump decided to double down with his own photo — a disturbing image of himself grinning in the Oval Office, holding up both thumbs in front of a range of Goya products.

Like the rest of us, Trevor Noah had some thoughts.

“I mean, I’m glad the president is using his desk for probably the first time in months, but come on guys — you’ve got to admit, this is pretty embarrassing,” says The Daily Show host in the clip above. “The dude doesn’t look like a president, he looks like a local athlete who retired 15 years ago and is desperate for money.  Read more…