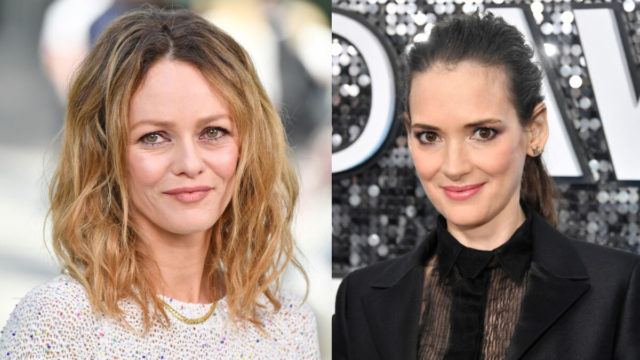 Two of Johnny Depp’s former partners say he was an “incredibly loving, extremely caring guy” who was never abusive or violent towards them.

Vanessa Paradis and Winona Ryder were shocked by accusations that the Hollywood star violently attacked his ex-wife Amber Heard on at least 14 occasions over three years.

Depp’s former head of security Sean Bett flipped the script, claiming Heard was “verbally and physically abusive” towards the actor.

Depp, 57, is suing News Group Newspapers, publisher of The Sun, and the paper’s executive editor, Dan Wootton, over an April 2018 article that called him a “wife-beater.”

The allegations of domestic violence made by Heard were “nothing like the true Johnny I have known”, said Paradis, a French singer who had two children during a 14-year relationship with Depp.

In her written witness statement to the High Court in London, she said she had known Depp to be a “kind, attentive, generous and non-violent person and father” who was “never violent or abusive to me”.

Any allegation to the contrary was “false facts” that “unfortunately people have gone on believing”, Paradis wrote.

Such “outrageous statements” claiming Depp was a domestic abuser “have been really distressing, and also caused damage to his career”, she said.

“On movie sets the actors, directors and entire crews adore him because he is humble and respectful to everyone, as well as being one of the best actors we’ve seen.”

Ryder, an American actress who dated Depp between 1990 and 1993, said her relationship with him was “so wildly different” to his marriage with Heard that she was “absolutely shocked, confused and upset” to hear the accusations against him.

She found it “impossible to believe” the “horrific” allegations against him were true, saying “the idea that he is an incredibly violent person is the farthest thing from the Johnny I knew and loved”.

In Ryder’s witness statement, she said Depp was “never, never” violent or abusive towards her or anyone she had seen.

“I truly and honestly only know him as a really good man – an incredibly loving, extremely caring guy who was so very protective of me and the people that he loves, and I felt so very, very safe with him.

“I do not want to call anyone a liar but from my experience of Johnny, it is impossible to believe that such horrific allegations are true. I find it extremely upsetting, knowing him as I do.”

Bett, a former deputy with the Los Angeles County Sheriff’s Department, has worked for Depp for nine years.

He said it was a “very common occurrence” that the actor would call members of his security team to “take him away from Ms Heard”.

In his witness statement, he claimed he saw the couple “very regularly” during their relationship and “never saw any cuts, bruises or other injuries on Ms Heard”.

“On the contrary, throughout the course of Mr Depp and Ms Heard’s relationship, Ms Heard was verbally and physically abusive towards Mr Depp,” he alleged.

In his statement, Bett gave his account of an incident on May 21, 2016, in which Depp is alleged to have thrown a phone at Heard and smashed objects at their LA penthouse, which he denies.

Bett went on to say: “I have quite good eyesight. I was able to see that Ms Heard was wearing little or no make-up, her skin was quite pale and she had no red marks or evidence of any bruises or abrasions to her face or body.”

Depp and Heard met on the set of the 2011 comedy The Rum Diary and married in Los Angeles in February 2015. Heard filed for divorce the following year, and the divorce was finalised in 2017.