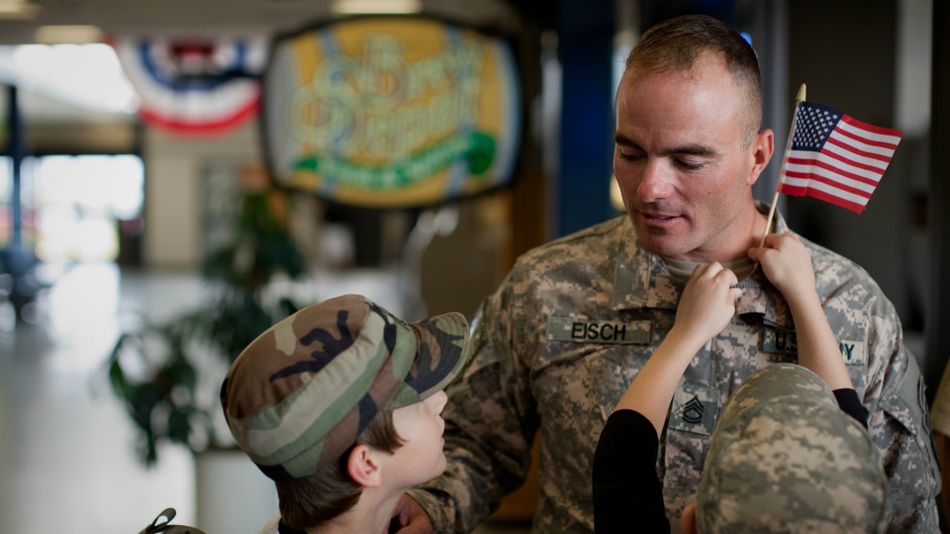 Father Soldier Son — the new Netflix documentary focusing on the reconstruction of a military family — is not an easy watch. There is injury and death, misunderstood masculinity, and various hardships experienced by all members of the Eisch family. Yet, there is something to be learned from the troubling aftermath of war and its effects not just on the individuals who directly encounter it but also those who experience it secondhand.

Created by New York Times journalists Catrin Einhorn and Leslye Davis, the documentary is like the Boyhood of military kids, centering on the relationship between Sergeant Brian Eisch and his two sons over a nearly 10-year period. While the story opens with kids Isaac and Joey dealing with their dad’s deployment in Afghanistan, the bulk of the documentary covers the recovery period after, in which Eisch must learn to deal with a serious leg injury and find purpose in a life away from war. Meanwhile, his sons struggle to figure out their own identities in light of the man their father has become. Read more…