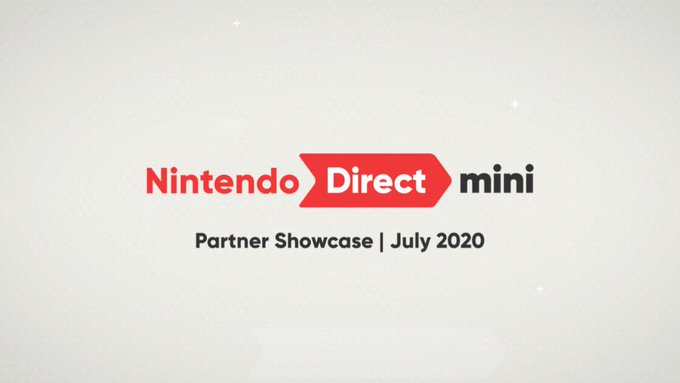 A new Nintendo Direct Mini showcase has officially been announced by Nintendo for later today.

Over the past few weeks, several reputable leakers and insiders already claimed that Nintendo would be airing a new Direct broadcast today, but as hours slowly passed away, it appeared that Nintendo wouldn’t be announcing a new broadcast at all. To the joy of many fans, however, Nintendo just confirmed a new Mini showcase that will air later today.

For the first time in the history of Direct Mini broadcasts, today’s showcase will focus on games from Nintendo’s development and publishing partners. In addition, Nintendo will also share some updates on previously announced titles for the Nintendo Switch. As always, exact details about the games that will be shown, haven’t been revealed yet.

On 7/20 we’ll debut the first #NintendoDirect Mini: Partner Showcase, a series focused on titles from our development & publishing partners. We’ll share a few updates on a small group of previously-announced #NintendoSwitch games. Check out the full video release at 7am PT. pic.twitter.com/GbEbxVL6fD

From the looks of it, the Mini showcase will be about 10-minutes long, which is, even for Mini-standards, quite short – the previous Mini broadcast from March was around 28 minutes long. As such, and due to the fact this it’s a Mini Partner direct, we highly suggest that you temper your expectations to avoid getting disappointed by the games being announced. Whether or not the rumored Super Mario 35th Anniversary Collection will be among the titles being announced remains to be seen.

The Nintendo Direct Mini Partner showcase will air at 7 am P.T. We’ll keep you updated as soon as more info on the Direct comes in.

Which Switch titles do you want to see being announced during the Direct later today? Hit the comments down below. Personally, we would love to hear more about the new Metroid Prime 4, The Legend of Zelda: Breath of the Wild 2, and the long-rumored Metroid Prime Trilogy for the Switch. Also, Switch HD ports of both The Legend of Zelda: The Wind Waker and Twilight Princess wouldn’t hurt either. Then again, this likely won’t be happening.