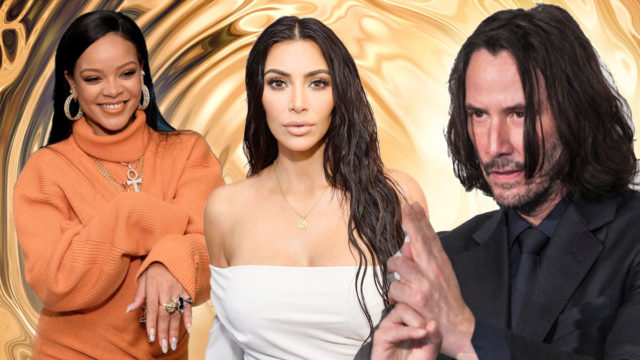 If The Matrix, Bill and Ted, My Own Private Idaho and John Wick tell us anything, it’s that everything Keanu Reeves touches turns to gold.

In addition to being a talented actor, musician, producer and a general sweetheart, Reeves can now add comic book author onto his impressive list of accomplishments.

In recent years, the 55-year-old has been the subject of internet adoration, dubbed the Keanaissance, leading many to believe to believe that there is nothing the man can’t do.

His new action comic book series, BRZRKR, will feature 12 issues and will follow a centuries-old violent demigod warrior working for the US government.

We’re thrilled to announce BRZRKR, a twelve-issue series from the iconic Keanu Reeves in his Must Read comic book writing debut alongside co-writer @matt.kindt.for.real & artist @alessandro_vitti! @usatoday has the exclusive details. Click the link in our bio or visit bit.ly/BRZRKRusatoday Covers by @markbrooksart & @rafael_grampa #BRZRKR #KeanuReeves #Comics

Reeves is teaming up with illustrator Alessandro Vitti and best-selling graphic novelist Matt Kindt, who has worked on popular titles like Spider-Man and Justice League of America.

“I have loved comics since I was a young kid and they have been a significant influence on me artistically,” Reeves said in a statement.

As to whether or not he had plans to bring the main character to life on the big screen, Reeves said he would “love to play Berzerker”.

“It’s a really fun story so if it’s not me, hopefully someone can play it.”
The series will be distributed in early October through Boom! Studios, which also publishes the Bill and Ted and Power Ranger series.

And while Saint Keanu can teach us a thing or two about Hollywood longevity, how to have a successful side-hustle (and, of course, how to rock a shoulder-length man-bob without looking like Snape from Harry Potter), it’s worth noting that fortune doesn’t always favour celebs straying from their main gigs.

From reality TV to make-up, shapewear and fragrances, if there is a buck to be made you better believe there is a Kardashian logo attached.

While many of her side-hustles have turned out to be pretty damn lucrative (the 39-year-old recently sold a 20 per cent stake in her cosmetics brand, KKW, for $US200 million – effectively pushing her into billionaire territory), not all of her endeavours have been so successful.

In 2011, Kardashian tried her hand at singing with her charity single Jam (Turn It Up), and, well, turning it up is not advised.

In an interview with Andy Cohen, Kardashian said that although the song was a “bit of fun”, it was definitely not a career highlight.

If making money from spouting pseudoscientific wellness products was an art form, Gwyneth Paltrow would be our Picasso.

Paltrow’s alternative lifestyle brand, Goop, has sold everything from vagina candles to the infamous jade egg, but is best known for finding itself at the centre of controversy.

But while the actor has come under fire for promoting some questionable products, (her jade yoni eggs landed her a $US145,000 fine for misleading consumers), Paltrow has proven that people will buy anything, so long as a pretty face tells them to.

Since she started the brand in 2008, Paltrow has built Goop into an empire worth more than $US250 million, with its own Netflix docu-series, The Goop Lab, to boot.

Whoever said healing crystals don’t work clearly doesn’t know how much money Paltrow has made from them.

You guys loved the goop university sweatshirt so much that we brought it back in t-shirt form. Link in bio to shop. P.S. Set your alarms tomorrow morning for the full G.Label Core July collection.

There is a side-hustle fail that 50 Cent probably wants us all to forget – but we never will, because the internet is forever.

The early 2000s hip-hop and rap music scene saw ‘Fiddy’ flying high as one of the industry’s biggest success stories and wealthiest names.

And in 2007, the rapper decided to expand his repertoire by launching his own line of … condoms.

“As opposed to being part of a safe-sex campaign, I’m going to make condoms and donate a part of the proceeds to HIV awareness” he told the New York Post at the time.

Unfortunately, this promising endeavour never quite made it off the ground, which is probably for the best as the Candy Shop rapper had named the brand Magic Stick Condoms, after a line in his song.

Chances are, if you are a make-up lover you have heard of Rihanna’s cosmetics lovechild, Fenty Beauty.

The singer, actor and lingerie designer-turned-beauty mogul showed us how successful side-hustling is done when she launched the brand in 2017.

Forbes valued the brand at more than $US3 billion by 2019, only a year and a half after it launched.

Fenty Beauty recently announced that it will release a line of skin care later this month, which seems to be the latest step in Rihanna’s plan for world domination.

The post Keanu Reeves: Actor, saint and comic book writer, and other star side-hustles appeared first on The New Daily.