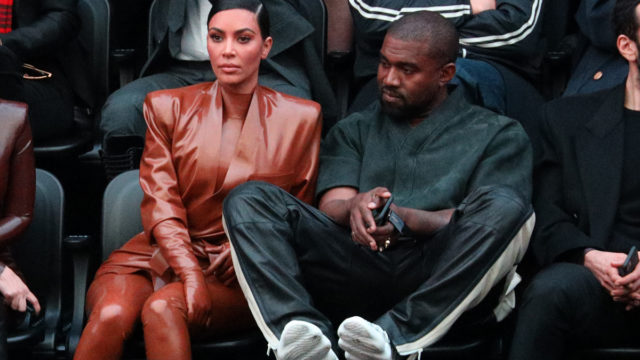 Kim Kardashian has asked for compassion and empathy for “brilliant but complicated” Kanye West, following another bizarre public statement by her rapper husband.

In her most detailed comments on the impact of mental health on her family, Kardashian opened up about West’s struggles with bi-polar disorder.

It’s her first public statement on weeks of interviews, public appearances and Twitter comments by her husband including a post on Wednesday night (Australian time) in which he mentioned a desire for divorce.

“I been trying to get divorced since Kim met with Meek at the Warldolf for prison reform,” West wrote in the message, without elaborating further.

The post was quickly deleted but not before it raised alarm with fans and followers.

Earlier this week, West had also posted a series of tweets, which were later deleted, claiming his wife was trying to have him locked up on medical grounds and comparing himself to Nelson Mandela.

“Living with bi-polar disorder does not diminish or invalidate his dreams and his creative ideas, no matter how unobtainable they may feel to some,” Kardashian said.

That is part of his genius and as we have all witnessed, many of his big dreams have come true.’’

She posted a lengthy comment on her Instagram story on Thursday morning (Australian time), explaining she felt it was necessary to combat “stigma and misconceptions” about mental health. 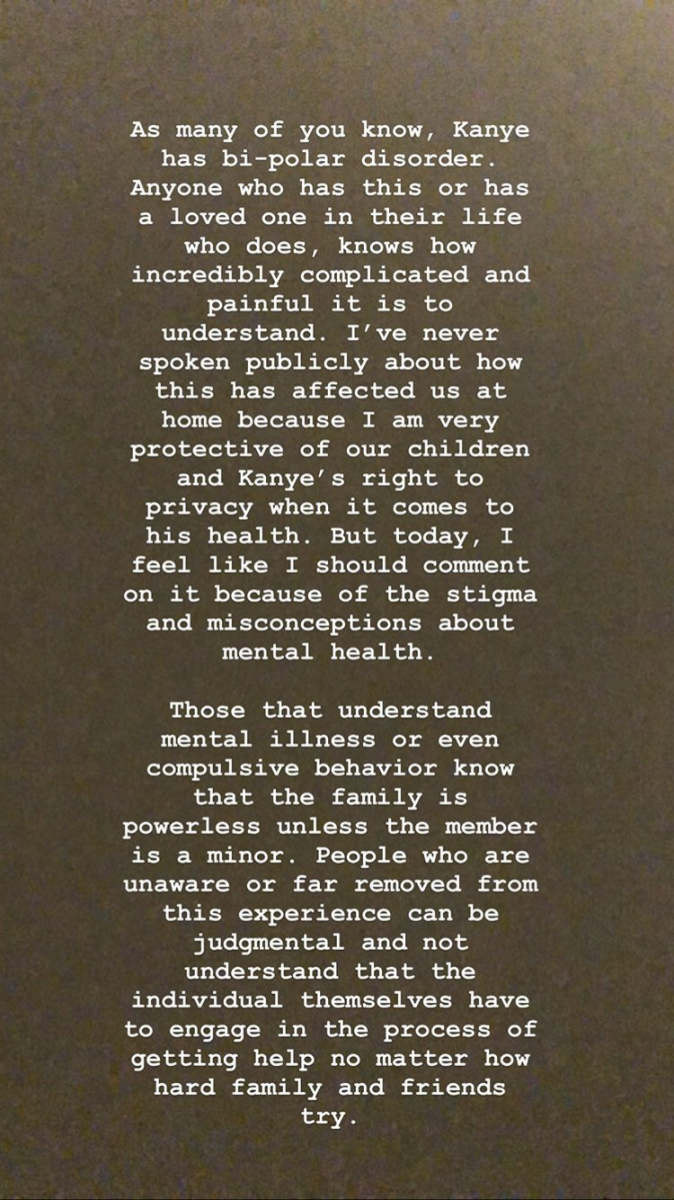 It comes after the Grammy-winning singer threw his hat in the ring for the US presidential race and threw a bizarre campaign rally during which he made various outrageous claims about a slave liberator and said his brain was too big for his skull.

In her Instagram post, Kardashian did not mention West’s stated plan to run for the White House in the November 2020 election.

West held his rally in South Carolina at the weekend under his self-styled Birthday Party banner, but he has not outlined any coherent political policies.

“Those who are close with Kanye know his heart and understand his words some times do not align with his intentions,” Kardashian wrote.

West announced he had bipolar disorder in 2018 and has in the past lamented that he feels medication stifles his creativity.

He was hospitalised for psychiatric treatment in 2016. 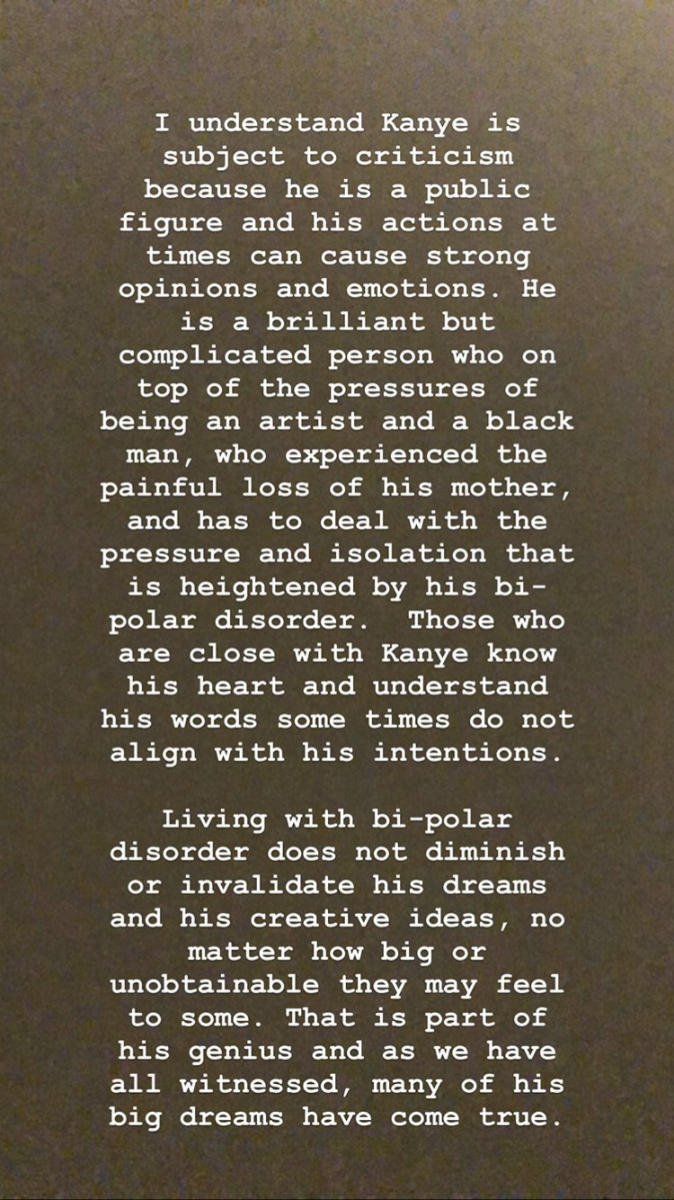 Bipolar disorder is a form of mental illness characterised by unusual mood swings between extreme energy and activity and depression, according to the National Institute of Mental Health.

It can be treated with a combination of medication and therapy.

Kardashian said she and her family were trying to get help for West, and spoke about the stigma and misunderstandings around mental health.

“Those that understand mental illness or even compulsive behaviour know that the family is powerless unless the member is a minor,” she said.

She said individuals themselves have to engage in the process of getting help.

“I kindly ask that the media and public give us the compassion and empathy that is needed so that we can get through this,” Kardashian added.

The post Kim Kardashian asks for compassion for Kanye West appeared first on The New Daily.