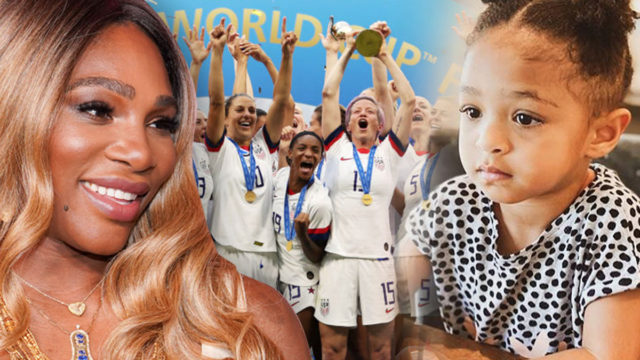 Most people would have little recollection of what they achieved as a two-year-old.

For the average tot, it’s safe to assume some milestones would include walking – or for the particularly athletic, running – developing a keen sense of exploration and learning to kick a ball.

But Alexis Olympia Ohanian Jr is not your average toddler.

As the daughter of 23-time grand slam singles tennis champion Serena Williams and Reddit co-founder Alexis Ohanian, she has already helped propel her doll Qai Qai to stardom – even sparking a successful range of merchandise.

And the pint-sized entrepreneur overnight added part-ownership of Los Angeles’ newest women’s soccer franchise to her impressive resumé,  joining a star-studded list to back the soon-to-be-named club.

So the two-year-old angel investor is in good company.

To put things into perspective – in case you weren’t already feeling guilt-ridden and somewhat cheated by this toddler success story – she’s the youngest global sports team owner in history.

The club will kick off its stint as the North American National Women’s Soccer League’s newest expansion club in 2022 as the only team to be almost entirely owned by women.

Soon after the announcement, a hype video on social media showed never-before-seen footage of a (comparatively) younger Ohanian Jr scurrying around her home in a US Women’s national team kit.

And as her father explained, he hopes the venture would inspire many more young girls to take up opportunities in women’s sport.

“As someone who spends hours kicking around a football with my two-year-old daughter, I want her to have a front-row seat to this revolution,” Mr Ohanian said in a statement.

“I’m personally investing on behalf of my family because creating more opportunities in women’s sports is important to my wife and me, and we want to be a part of making a better future for our daughter.”

So while tennis fans may be eager to see the younger Williams equal the record-setting highs of the greatest women’s player, it might be time to brace for her eventual calling at the FIFA Women’s World Cup.