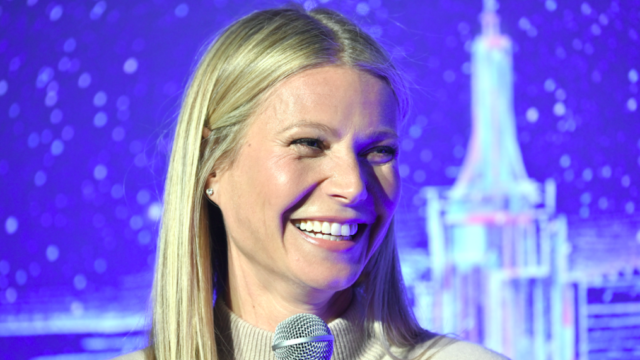 Gwyneth Paltrow has made headlines once again for endorsing a wacky, potentially dangerous (and in this case, illegal) wellness and lifestyle ‘product’.

If you’re the type to ‘steam your vagina‘, or allow bees to sting you to fix an old knee injury, you might also be the type to try to work on your relationship with a healthy dose of ecstasy.

Because who needs boring relationship counselling when you can just take party drugs together?

In a recent episode of The Goop Podcast, Paltrow chatted to the director of the Multidisciplinary Association for Psychedelic Studies, Rick Doblin, about the “life-changing” effects of MDMA in couples therapy and conflict resolution.

MDMA is a stimulant that is illegal in most countries, including Australia, and is one of the main ingredients found in the party drug, ecstasy.

Although the idea of taking drugs is generally advised against, it turns out there might actually be some truth to the claims.

Dr Violeta Schubert, from the Medicinal Psychedelics Research Network at the University of Melbourne, said researching the use of psychedelics in trauma, PTSD, depression and schizophrenia is difficult but promising.

“We do need to look more carefully at psychedelic substances used in the right way, with sound advice, that can help us consider safe and appropriate ways to address these issues,” Dr Schubert told The New Daily.

“There are many proponents that are pushing for us to have greater opportunities to explore this in a proper, researched manner … but we need to do it carefully.”

Mr Doblin, who is in the process of trialling the drug for medicinal use in US, said the drug could be beneficial to those suffering from a range of conditions, including alcoholism, disordered eating and PTSD.

“The capacity for healing is going to be a real gift to the world,” he said.

According to Paltrow, she and husband Brad Falchuk (co-creator of Glee and American Horror Story) tried MDMA in Mexico, which led to a “productive” and “very, very emotional experience”.

The 47-year-old Oscar winner advocated for the legalisation of MDMA as an alternative aid in psychotherapy, saying that psychedelic therapies would be something Goop would be interested in running in the future.

“I’m really looking forward to it being legal, because I want to try this out,” Paltrow said.

But Dr Schubert, who is also a lecturer in the school of social and political sciences, said the research is promising but simply taking psychedelics to resolve conflict or trauma without expert support won’t necessarily have the desired effect.

It’s not some magic pill that will solve things,” Dr Schubert said.

“Getting into your traumas, running the film back in your head, and being more open to ‘self’ can be scary.

And since this isn’t the first (or second, or third, or fourth) time Paltrow has come under fire for promoting unnecessary and in some cases, potentially harmful products, Goop has ensured to add in a disclaimer to cover itself.

“The legal status of psychedelics depends on where you use them,” the disclaimer said on the Goop website.

“In the US, recreational use is illegal. If psychedelics are taken without careful attention to dose, set [mindset], and setting [environment], it’s possible for things to go wrong. As always, consult your doctor before beginning any protocol.”