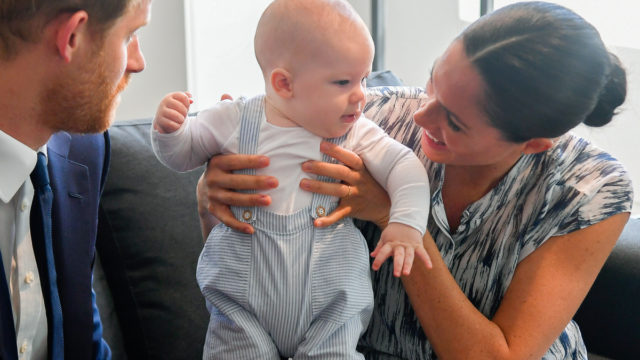 Prince Harry and wife Meghan Markle are suing to stop the sale and publication of a photo of their son Archie that they say was shot at their Los Angeles-area home in an invasion of their privacy.

The royal couple give a detailed account in the lawsuit of the media harassment they say they’ve had to constantly fight since they moved to Southern California.

“This action arises out of the relentless and quite frankly shocking efforts of the tabloid media to profit from serial intrusions of the privacy of a 14-month-old child in his own home,” the suit says, “and the desire and responsibility of any parent to do what is necessary to protect their children from this manufactured feeding frenzy.”

The Duke and Duchess of Sussex said the tabloid harassment came to a head when they saw a photo of Archie being offered to media outlets with claims it had been taken on a family outing in Malibu. In fact, it was clearly shot while he was in their garden.

“Archie has not been in public, much less in Malibu, since the family arrived here,” the lawsuit says.

The lawsuit says the Sussexes were forced to erect a large mesh fence to block photographers with telephoto lenses from shooting pictures of them from a ridge hundreds of metres away from the luxury Beverly Hills home of a friend, where they have been living.

That led to the appearance of drones that flew as close as six metres above their home, as often as three times a day, in attempts to get photos, the suit says.

Harry and Meghan, who officially quit as senior royals at the end of March, have been living in Los Angeles “to escape the incessant UK tabloid fabrications”, their lawsuit says.

However, their locations have been repeatedly leaked, leading to paparazzi once again appearing in droves.

The post Harry and Meghan sue over photos of son Archie appeared first on The New Daily.