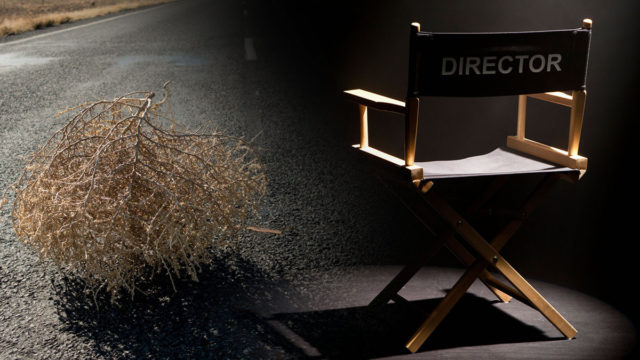 As many of us opt to stay in the safety of our homes, the demand for entertainment content has never been higher – but what will happen when there isn’t any new content to consume?

Movie studios slammed by the coronavirus are scrambling to delay and reshuffle their upcoming release calendars, but some are looking further down the track and wondering how film and television industries will survive the impending content drought.

It seems Disney’s Mulan, originally due to premiere in March but pushed back to 24 July, and then again to 21 August, is now off the cards for the foreseeable future.

Movie theaters were already struggling heading into 2020. Now add a content drought over the next 12-24 months and it makes you wonder what things will look like on the other side.

Marc C-Scott, senior lecturer in screen media at Victoria University, said that rather than holding onto new releases, big industry players like Disney and Warner Bros. should be looking to adapt to the new climate.

“I don’t think they can hold onto new content forever,” Mr C-Scott said.

“We might start to see a premium video on-demand service – rather than pay $10 a month for the regular streaming service, you might pay $30 or $40 a month.

“It sounds like a lot, but what you actually get is films and content that would go to cinema, but you would get it at that same release date.”

“If you think about a family who is taking their kids to see the latest Disney new release, by the time you add up all the cinema tickets, popcorn and the drinks, the extra $30 or $40 per month doesn’t really sound like a lot.

“It’s not the same cinema experiences, but it’s something,” he said.

Other Disney blockbusters like Star Wars and the four upcoming Avatar films have all been pushed back a whole year from their anticipated release dates.

Avatar director James Cameron released a statement on Instagram on Friday, stating he was “disappointed” the expected deadline was “no longer possible”.

And it seems it won’t just be the number of films produced each year that will see a notable change, but also the genre.

“There’s an opportunity for animation to take off,” Mr C-Scott said.

“It does raise opportunities for indie content because they rely on a smaller crew … and based on that social distancing aspect, it’s much easier do with an independent film or a documentary.”

But as the Aussie film industry continues to take a beating, those smaller projects that are able to operate under social distancing regulations will face an even bigger problem.

Film reviewer and University of Melbourne film and screen lecturer Felicity Ford said that one change we can expect to be missing from our screens is diverse content.

“The main thing, in the Australian context, that it will come down to is money,” Ms Ford said.

“I think it’ll be very hard for creatives, and that’s going to affect what kinds of films we can produce and can distribute.

“That will also affect diversity on screen as well – so those smaller projects with, perhaps, a more niche market or niche audience may not be able to continue financially.”

Official: TENET has been delayed INDEFINITELY. This comes as a result of theaters not being opened and the rise of COVID-19 cases worldwide. “We will share a new 2020 release date imminently for Tenet, Christopher Nolan’s wholly original and mind-blowing feature,” said Warner Bros. chairman Toby Emmerich in a statement. “We are not treating Tenet like a traditional global day-and-date release, and our upcoming marketing and distribution plans will reflect that.” #christophernolan #tenet #warnerbros

Despite all this, Ms Ford and Mr C-Scott remain hopeful that, with Hollywood on hiatus, there might be a unique opportunity for Australian content to break into the US markets.

“It has been felt a lot less here than in the US,” Ms Ford said.

But US movie studios withholding content has serious ramifications for Australian cinemas, many of which were relying on blockbusters like Mulan, the new James Bond film, No Time To Die, and Tenet to fill seats upon reopening.

According to a  World Economic Forum paper, box office figures in 2019 totalled $42 billion, and the industry supported over two million jobs in Hollywood.

“Overall, the industry has seen a contraction of around 70 per cent at the current numbers, and that obviously is being impacted greatly by the absence of any Victorians,” Mr Connelly told ABC News.

The post Are we facing a content crisis? Coronavirus puts film and TV production on pause appeared first on The New Daily.