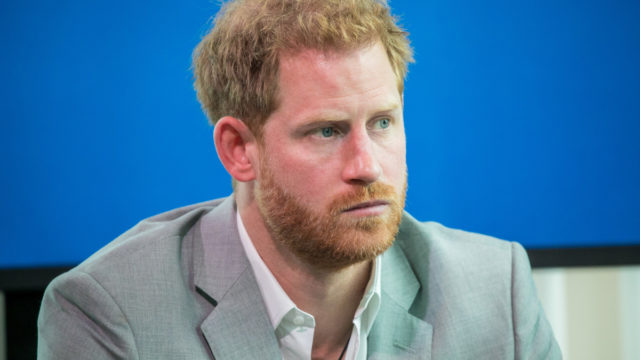 Prince Harry has broken his silence following the release of a tell-all book, Finding Freedom, about his family.

While the book is widely believed to have been quietly backed by the renegade royals, its revelations weren’t what Harry had on his mind  during Thursday’s video chat from the LA mansion he shares with wife Meghan Markle and son Archie.

Instead it was his environmental tourism initiative, Travalyst.

According to the Travel Trade Gazette, the Prince spoke of the monumental impact the coronavirus has had on the travel industry, and the importance of creating greener and more sustainable travel options.

“None of us could have predicted the global shock and impact that COVID-19 is having on the world – especially on travel and the local communities that depend on tourism,” Prince Harry said.

“Many of you joining us today rely on visitors for your livelihoods – businesses are hurting significantly.

“I’ve heard from some of you that are struggling to put food on your family’s tables and to make ends meet because there are no tourists and therefore no income.

From London to Paris

It seems Prince Harry’s travel message has been heeded close to home, with his own cousin, Princess Beatrice, and her new husband, Edoardo Mapelli Mozzi, seen departing on a last-minute honeymoon getaway.

The newlyweds, who tied the knot in a small private ceremony on July 17, were seen packing up the car and driving from London over to Paris, France, with a Channel ferry ride along the way.

According to The Mail on Sunday, a tourist who spotted the two said they “looked just like any other couple enjoying the beautiful drive” with “a small car absolutely packed to the roof with stuff.”

A source close to the Princess said the trip hadn’t been planned and the couple decided, spur of the moment, to indulge in the intimate escape.

“They weren’t going to bother but at the last minute they decided to pack up the car and head out – they’re a very down-to-earth couple” the source said.

Another source told People the two have a “longer, more luxurious trip planned for August.”

Meanwhile, it turns out that being a prince doesn’t necessarily mean you’re going to be charming – at least not for Prince William, anyway.

Chatting to former soccer player Peter Crouch on his podcast, That Peter Crouch Podcast, the Duke of Cambridge discussed his dating disaster during the early days of his romance with wife Kate Middleton.

📸 Fun behind the scenes in March recording #ThatPeterCrouchPodcast, as part of the #HeadsUp campaign. Thanks to everyone involved in making it all happen! #PassThePod

Prince William divulged details about a questionable gift of binoculars he bought the Duchess of Cambridge.

“That was early on in the courtship, that was. I wrapped them, they were really nice,” Prince William said.

“I was trying to convince myself about it, I was like, ‘But these are really amazing, look how far you can see’!”

“She was looking at me going, ‘They’re binoculars, what’s going on’?”

“It didn’t go well – honestly, I have no idea why I bought her a pair of binoculars.”

The Duchess of Cambridge is encouraged to send any unwanted royal gifts to The New Daily.