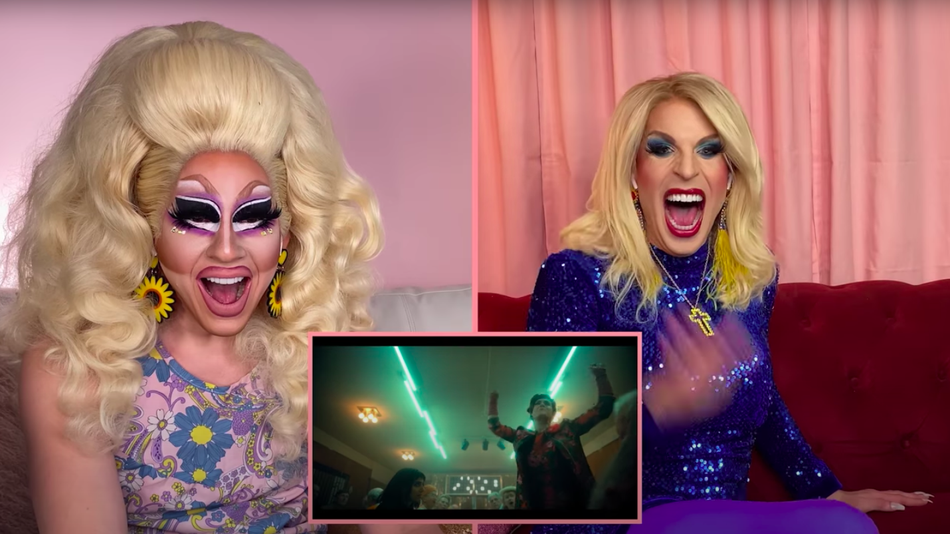 “Dress for the murder you want to commit, not the one you already did.”

Trixie Mattel nails the commentary on The Umbrella Academy Season 2 in the latest episode of Netflix’ YouTube show I Like to Watch. Hosted with fellow RuPaul’s Drag Race star Katya, the show is basically the two fierce drag queens watching and commentating on various series from the streaming giant.

This time around, they’re watching the second season of Hargreeves family shenanigans, and there’s plenty of love for Klaus’ life becoming a cult leader and just Every Single Thing About Kate Walsh playing The Handler — especially the highly usable line, “Bingo, you old shitbags!” Plus, they unpack their own desired superpowers. Read more…