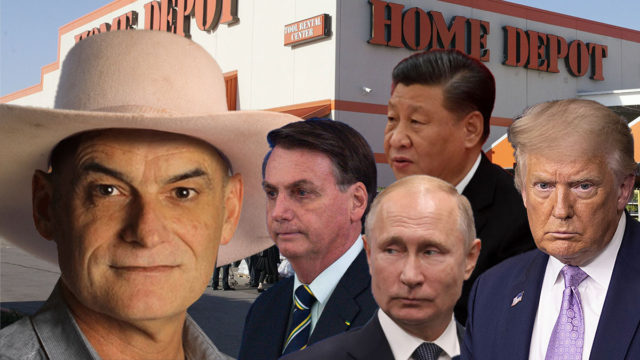 Old men are dangerous. It doesn’t matter to them what is going to happen to the world. – George Bernard Shaw

There’s an old guy spoiling for a fight in the small car park at the rear of the hardware store.

He’s glaring at me. Now he’s shaking his head the way Robert de Niro does in the movies, the wrinkled corners of his mouth turned down in disgust.

As he watches me place a bag of groceries in the boot of my car he mutters something under his breath and you see his jaw clenching and eyes narrowing.

He’s shaking with anger. He stammers. And then all that bile and bitterness explodes.

“This car park is only for people who use the hardware store,” he growls.

I tell him I’ve been to the hardware first and then went to buy some groceries. “Sure you did,” he says, rolling his eyes in disbelief.

Of course, I should politely smile and go.

I should dismiss him as just another grumpy old bugger who’s been up all night cursing his stubborn prostate and now has nothing better to do on a Saturday morning than use some trivial issue to take out all his frustration and weariness on the rest of the world.

But his rolling eyes and sense of self-importance have lit a fuse and a surge of fury shoves me forward and now we’re standing toe to toe, fingers pointing, faces red, snarling and raging like two chained dogs straining to attack one another.

Me, bellowing: “Mate, why don’t you mind your own f—— business?”

Him, spluttering, standing his ground: “You can only use this car park if you’re going to the f—— hardware store.”

We stare at one another. And then, like two ageing gunslingers who no longer trust their fading eyesight or their trembling hands, we back away, slowly, warily.

The horror and anticipation in the faces of bystanders turns to relief and you suddenly realise how pathetic the whole thing looks; two old codgers at the point of ripping each other apart over a stupid piece of bitumen.

But we all know the dispute isn’t about a car park. It’s about an invisible enemy we know we cannot beat.

There’s a comfortable lie we tell ourselves that says life compensates you for what it takes away.

According to this wonderful fib, as our bodies deteriorate and our reactions slow, nature reimburses us with an accumulation of wisdom, insight and patience.

You only needed to be in that hardware car park – or more likely glance in dismay at the coming US presidential election – to know this notion of the Getting of Wisdom when it comes to men is a load of bollocks.

Donald Trump – a mean, narcissistic 74-year-old driven by envy and greed – is up against Joe Biden, a tottering, opaque, self-entitled member of the Washington political aristocracy who will soon turn 78.

If ever there was a year to declare this world no place for old men, surely it is now.

If Mr Biden wins and lives out his first term he will be 82.

By then another vain world leader, Russian President Vladimir Putin, will be 71, as will Chinese leader Xi Jinping, whose slavish fostering of his own personality cult now rivals Mao’s capacity for self-love.

Look at the current mess these old men have created.

Trump, Putin and Xi – and a conga line of conservative Mini-Me followers like Brazil’s Jair Bolsonaro – have combined ineptitude and a callous disregard for human life and turned the coronavirus into a global inferno that will now take years to extinguish.

They have taken the language of diplomacy and bludgeoned it to the point where their bombastic rhetoric now approaches levels not seen since the Cold War.

And all of them display the tell-tale signs of old men – impatience, arrogance and an unwillingness to embrace new ideas.

Why would they? Old men are wedded to the past. It’s a wonderful place where they covered themselves in glory and covered up their mistakes.

The future requires quick reflexes, adaptability and curiosity – traits older men, if they ever had them, no longer possess.

It’s an issue as relevant to business as politics.

Kerry Packer and Rupert Murdoch never saw the digital future coming and were slow – so slow – in understanding how it might undermine the empires they had spent a lifetime forging.

Compared to the literature on female menopause, medicine does not boast the depth or complexity of research when it comes to explaining why ageing men become grumpier.

But it does tell us that one of the culprits behind Irritable Male Syndrome is testosterone – the hormone that once stoked a man’s sexual desire, hardened his muscles, reduced his body fat and made his energy levels soar.

The betrayal begins when a man enters his mid-40s. Testosterone levels begin falling and by the age of 60 are plummeting. This can cause a chemical imbalance that often leads to sudden mood swings and outbursts of anger and irritability.

Now let’s compound the problem with a massive rise in the use of prescription statins – drugs that lower cholesterol levels to prevent strokes and heart attacks, but which can also affect serotonin levels, creating sleep problems and fuelling aggressive behaviour.

Throw in some important psychological issues – a decline in libido, a decaying body that creaks and groans like an old farm truck and the knowledge that your best can only be viewed in the rear-view mirror – and you understand why angry old men crowd the world stage.

And your hardware store car park.

So when the hunt for a COVID-19 vaccine is finally over, can we search for one for grumpy old men?

Because if we are going to create a new world when this pandemic is over, the last thing we need is a bunch of greying men stubbornly clinging to the old one.

Garry Linnell was director of News and Current Affairs for the Nine network in the mid-2000s. He has also been editorial director for Fairfax and is a former editor of The Daily Telegraph and The Bulletin magazine

The post Garry Linnell: Angry old men rule, and are ruining, the world appeared first on The New Daily.