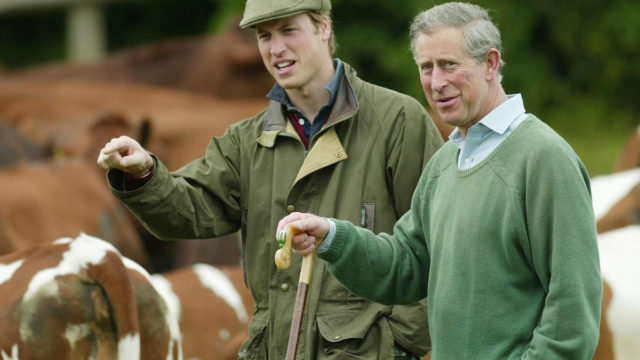 The Prince of Wales is to give up his lease on his organic farm, Clarence House has confirmed.

Prince Charles, the heir to the British throne, has farmed at the 40-hectare block near his country home Highgrove in Gloucestershire for 35 years.

It is understood the prince, 71, felt he could not commit to a 20-year-lease, due for renewal in the spring of 2021. He will become king on the death of his mother, the 94-year-old Queen.

The move is a practical one. Charles is unlikely to be able focus on Home Farm when he has to devote his time to his duties as a monarch.

Produce from the farm was used by the prince to start the Duchy Originals brand, now known as Waitrose Duchy Organic. Its wheat and oats were used to make the first product, the now famous Duchy Originals oaten biscuit.

“The Prince of Wales will not be renewing his lease on Home Farm but will continue to farm organically at Sandringham,” a Clarence House spokesman said.

The prince, who tested positive for the coronavirus in March, will keep his beloved Highgrove as his country retreat, and will not have a new home at Sandringham in Norfolk.

However, Charles already manages the Sandringham estate on behalf of the Queen, having taken over the role from his father, the Duke of Edinburgh.

Sandringham’s Home Farm has been converted to organic farming.

The Sun newspaper reported that quitting Charles’ own Home Farm, near Tetbury in Gloucestershire, would be a “wrench” for the prince, who has devoted decades to its development.

A passionate advocate of the benefits of organic farming, Charles began converting the Duchy of Cornwall farm to an organic system in 1985.

The prince is the Duke of Cornwall and entitled to the annual surplus of £22 million ($40 million) generated by the Duchy of Cornwall’s vast portfolio of land, buildings and financial investments.

Highgrove and Home Farm are owned by the Duchy and leased by the prince.

A new unnamed non-royal tenant has been found for the farm, which will remain organic. They will continue the relationship with Waitrose Duchy Organic.

The post Prince Charles forced to give up farm due to looming role as monarch appeared first on The New Daily.