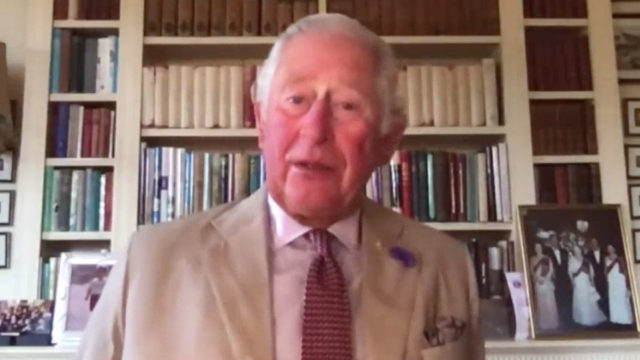 Prince Charles has recorded a video message of support for Victorians and praised the “remarkable and utterly vital job” essential workers are doing through the pandemic.

The Prince of Wales, who tested positive for COVID-19 in March, started his message by saying he had been fond of Victoria since attending school in the state for six months 54 years ago.

“I know that Victorians, like all Australians, are tenacious and resilient, or indeed, as you might say in Australia, made of tough stuff,” he said.

“My wife and I have endless admiration for your seemingly unceasing capacity for good humour in the face of great hardship.”

However he said he recognised this capacity had been “sorely tested” this year.

“No sooner than the dreadful summer bushfires are over, than you find yourselves grappling with this pernicious and unpredictable virus,” he said.

“I can only imagine how incredibly hard it must be for you all, that having had such early success in combatting the virus you now find yourselves in the midst of this second wave, with all its heartbreaking consequences for so many people’s lives, livelihoods and businesses.”

The 71-year-old touched on his own experience with the “dreadful” disease and expressed support for everyone affected by the crisis.

“My heart goes out to all currently battling the disease, those caring for them, either at home or in your first-class healthcare system, and those who have so tragically lost their loved ones,” he said.

The prince also gave special mention to people whose livelihoods had been affected by restrictions, and essential workers in health care and other industries doing a “remarkable and utterly vital job” through challenging circumstances.

“To all of you, I just wanted to say on behalf of my wife and myself, that you are so much in our special thoughts in what I can well imagine is a tremendously testing and frustrating time, and that we care deeply about what you’re having to go through,” he said.

He ended his message with a reference to a moving quote from 19th-century poet Victor Daley: “You will soon see sorrow go down with the sun.”

“These difficult and often soul-destroying days will surely pass, and we have no doubt that Victoria will emerge stronger than ever,” he said.

The post ‘Stronger than ever’: Prince’s message to virus-hit Victoria appeared first on The New Daily.