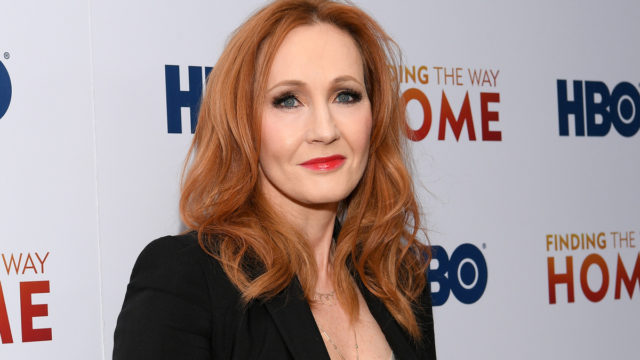 The magic of JK Rowling is swiftly disappearing, as the Harry Potter author finds herself at the centre of more alleged hate-speech controversy.

This time, the label comes as Rowling’s latest book, Troubled Blood, readies for shelves, which centres around a cisgender man who wears women’s clothing on his killing sprees.
On its own, perhaps the character would not be too problematic – albeit a tired plot line – but it feeds into a continued anti-trans narrative that Rowling has been widely lambasted for.

Politician and Sex and The City star Cynthia Nixon led the public charge in criticising Rowling’s commitment to transphobia. Nixon said it was particularly painful for her transgendered son Samuel.

“It was really painful for him because so much of his childhood was tied up with Harry Potter,” Nixon told The Independent.

“We’re a Harry Potter family. The books seem to be about championing people who are different, so for her to select this one group of people who are obviously different and sort of deny their existence, it’s just… it’s really baffling.”

I’m so proud of my son Samuel Joseph Mozes (called Seph) who graduated college this month. I salute him and everyone else marking today’s #TransDayofAction. #TDOA

But veteran actor Robbie Coltrane who played Hagrid, defended Rowling, suggesting bored Twitter users were to blame for the outrage.

“I don’t think what she said was offensive really,” Coltrane told Radio Times.

“I don’t know why, but there’s a whole Twitter generation of people who hang around waiting to be offended. They wouldn’t have won the war, would they?

“That’s me talking like a grumpy old man, but you just think, ‘Oh, get over yourself. Wise up, stand up straight and carry on’.

“I don’t want to get involved in all of that because of all the hate mail and all that sh-t, which I don’t need at my time of life.”

Troubled Blood, Rowling’s fifth book in the Cormoran Strike series, will hit shelves this week, but an early review by The Telegraph suggests the book acts to reaffirm her anti-trans rhetoric.

This isn’t the first time Rowling has used her books to push coded transphobic messages.

In The Silkworm, the second book in the series, which she authors under the male pseudonym Robert Galbraith, Rowling writes about a violent trans woman named Pippa Midgley, but continuously misgenders her and makes unnecessary references to her prominent Adam’s apple, masculine hands and deep voice.

The recent controversy cuts deep for Harry Potter fans who feel they can no longer celebrate the author who created the beloved series.

It also reignites debates that became prominent during the height of the #MeToo movement, where many questioned the ethics and morality of supporting an artist whose values or behaviour negatively affect the community.

Tripling down on transphobia

Until recent years, Rowling was celebrated as one of the best-selling children’s authors in history, but the famed author knocked herself off the pedestal her millions of adoring fans had placed her on.

Earlier this year, Rowling used Twitter to suggest that cisgendered women – that is, women whose gender identity corresponds with the gender they were assigned at birth – are at risk of attack if trans women are allowed to use the same public bathrooms.

Harry Potter stars also spoke out against Rowling in support of the trans community, after the author made controversial comments about people who menstruate.

I want my trans followers to know that I and so many other people around the world see you, respect you and love you for who you are.

When criticised for her comments, Rowling doubled down and posted a lengthy statement on her website.

“When you throw open the doors of bathrooms and changing rooms to any man who believes or feels he’s a woman – and, as I’ve said, gender confirmation certificates may now be granted without any need for surgery or hormones – then you open the door to any and all men who wish to come inside,” Rowling wrote.