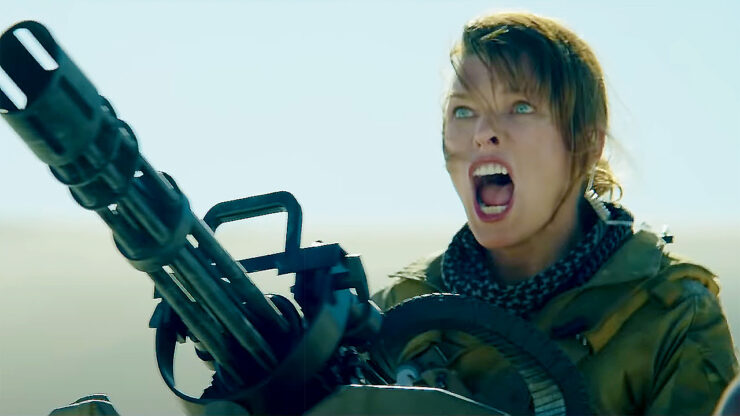 For a while now we’ve known we’re due to get a Monster Hunter movie starring Milla Jovovich and helmed by Resident Evil director Paul W.S. Anderson, and reaction from fans has been…mixed. The RE movies can be campy fun at times, but they weren’t actually good by any definition of the term, and there’s no guarantee Jovovich and Anderson would actually get Monster Hunter. Despite both franchises coming from Capcom, they’re really quite different.

Well, we finally have our first teaser trailer for the Monster Hunter movie, and there’s good news and bad news. Check it out for yourself, below.

The good news is Jovovich looks as badass as ever and the effects seem to be pretty solid. Can’t have a good Monster Hunter movie without cool-looking monsters! But what’s with all the guns? Jovovich has said she wields dual blades in the game, and we have seen some screenshots with characters holding comically oversized swords, but its somewhat worrying we don’t actually see them in the trailer. That said, the following official Monster Hunter story synopsis hints the guns will likely only be featured in the early parts of the movie:

When an unexpected sandstorm transports Captain Artemis (Milla Jovovich) and her unit (TI Harris, Meagan Good, Diego Boneta) to a new world, the soldiers are shocked to discover that this hostile and unknown environment is home to enormous and terrifying monsters immune to their firepower. In their desperate battle for survival, the unit encounters the mysterious Hunter (Tony Jaa), whose unique skills allow him to stay one step ahead of the powerful creatures.

The release date for the Monster Hunter movie has moved again (it was originally supposed to drop last month, but was then pushed to 2021) – it will now come out this December, although that could still change. What do you think? Will you be checking out the Monster Hunter movie? I doubt I’ll be risking the movie theater, but will definitely check it out once it hits streaming platforms.

The post Monster Hunter Movie’s First Teaser Has Lots of Milla and Guns, Release Moved Back to 2020 by Nathan Birch appeared first on Wccftech.