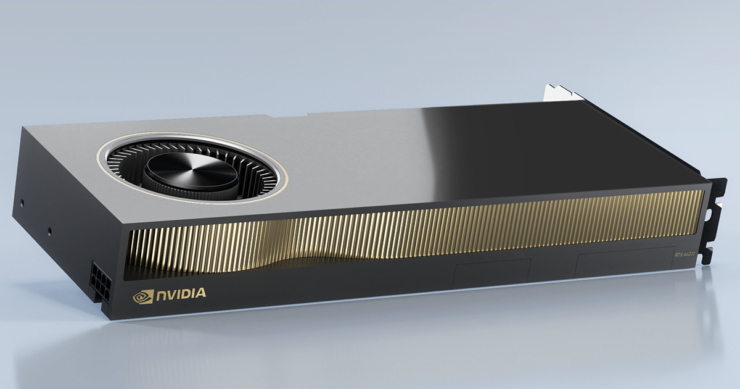 NVIDIA has announced its latest and fastest Quadro graphics cards, the Quadro RTX A6000 and the Quadro RTX A40. Both graphics cards are based on the brand new Ampere architecture and pack a punch when it comes to data center oriented visual computing workloads such as rendering, AI/VR, and other content creation / scientific research applications.

NVIDIA Quadro RTX A6000 & Quadro RTX A40 Official, Based on Ampere GPUs With 48 GB Memory

NVIDIA states that the performance gains with the new Quadro RTX cards are just spectacular with up to 2x improvement in ray-traced scenes allowing for faster & much more immersive scenes and movie creations for filmmakers. Even visual tool makers such as Luxion have seen performance up to 3x faster in their KeyShot visualization tool which jumped from 34.7 FPS (Quadro RTX 6000) to an impressive 88.9 FPS with the Quadro RTX A6000.

The NVIDIA RTX A6000 and NVIDIA A40 deliver enhanced performance with groundbreaking technology, including:

Coming to the specifications, the Quadro RTX A6000 and A40 feature lots of similarities while the main differences lie in the clock speeds and the memory configuration. Both cards are powered by the full GA102 GPU core with 84 SMs or 10752 CUDA cores. We don’t have the exact clock speeds since NVIDIA isn’t sharing the TFLOPs or Tensor numbers for the cards yet but we do know that the Quadro RTX A6000 will offer higher clocks due to its blower-fan design which offers more cooling performance than the passive designed Quadro RTX A40.

In terms of memory, the NVIDIA Quadro RTX A6000 and A40 feature 48 GB of GDDR6 memory. The A6000 offers 768 GB/s speeds with its 16 Gbps memory dies while the A40 sticks to slightly more conservative clocks of 14.5 Gbps which deliver 696 GB/s bandwidth. Both cards support vGPU with various configurations starting at 1 GB up to the whole 48 GB VRAM buffer.

Despite the difference in cooling solutions, both cards feature a 300W TDP and come in a dual-slot design. Power is provided through the new EPS 12V 8-pin connector which is featured on the back of the cards and delivers up to 300W of power to the GPU. Interconnect comes in the form of the latest NVLINK which offers 112.5 GB/s (bi-directional) speeds while the native PCIe Gen 4 interface provides a 16 GB/s link. Display options include four DisplayPort 1.4 on the A6000 and 3x Display Port 1.4 ports on the A40. 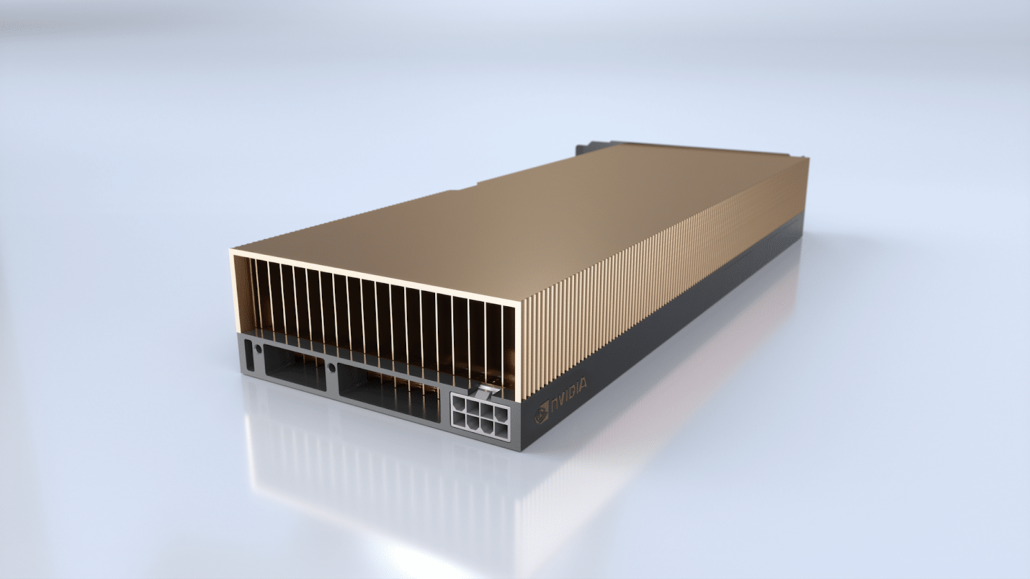 NVIDIA hasn’t confirmed pricing yet but they did announce that the cards will be available from its partners around mid of December. OEM and server vendors will also have the cards available for worldwide sales starting early next year.