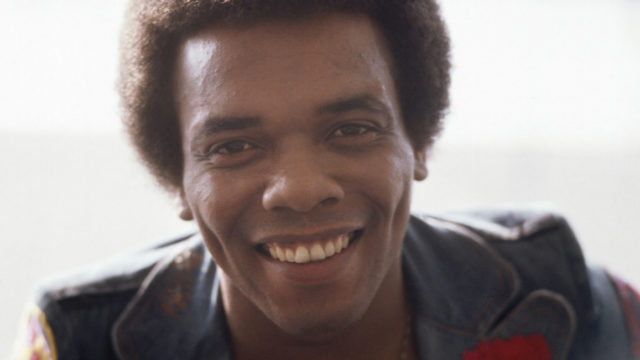 Johnny Nash, a singer-songwriter, actor and producer who rose from pop crooner to early reggae star to the creator and performer of the million-selling anthem I Can See Clearly Now, has died.

Nash, who had been in declining health, died of natural causes at home in Houston, the city of his birth, his son, Johnny Nash Jr, told The Associated Press on Tuesday. He was 80.

Nash was in his early 30s when I Can See Clearly Now topped the charts in 1972 and he had lived several show business lives.

In the mid-1950s, he was a teenager covering Darn That Dream and other standards, his light tenor likened to the voice of Johnny Mathis.

A decade later, he was co-running a record company, had become a rare American-born singer of reggae and helped launch the career of his friend Bob Marley.

Reportedly written by Nash while recovering from cataract surgery, I Can See Clearly Now was a story of overcoming hard times that itself raised the spirits of countless listeners, with its swelling pop-reggae groove, promise of a “bright, bright sunshiny day” and Nash’s gospel-styled exclamation midway, “Look straight ahead, nothing but blue skies!”, a backing chorus lifting the words into the heavens.

The fame of I Can See Clearly Now outlasted Nash’s own. He rarely made the charts in the years following, even as he released such albums as Tears On My Pillow and Celebrate Life, and by the 1990s had essentially left the business.

“I think I’ve achieved gratification in terms of the people I’ve had the chance to meet. I never won the Grammy, but I don’t put my faith in things of that nature,” he said.

“A lifetime body of work I can be proud of is more important to me. And the special folksy blend to the music I make, that’s what it is all about.”

His last album, Here Again, came out in 1986, although in recent years he was reportedly digitising his old work, some of which was lost in a 2008 fire at Universal Studios in Los Angeles.

Nash was married three times, and had two children.

In addition to his son, he is survived by daughter Monica and wife Carli Nash.