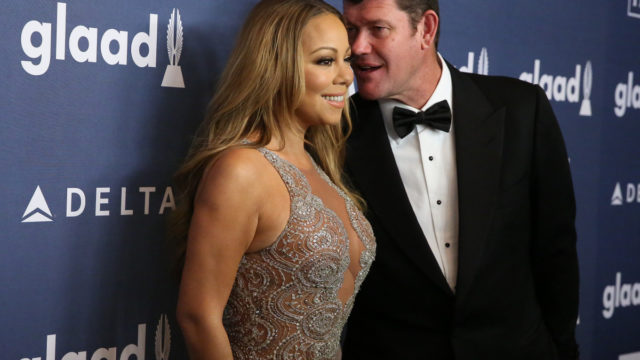 As Australian billionaire businessman James Packer fronted an inquiry into Crown casinos, his former fiancee Mariah Carey has done everything to distance herself from their relationship.

In a recent interview, pop music’s premier diva flat out denied having a physical relationship with Mr Packer, despite being engaged to him.

The 50-year-old made it clear the relationship was one she would sooner forget. She said her new memoir, The Meaning of Mariah Carey, included details only of her lovers that mattered and simply excluded those that did not.

“If it was a relationship that mattered, it’s in the book. If not, it didn’t occur,” Carey said in the interview.

“We didn’t have a physical relationship, to be honest with you.”

The remarks come as Mr Packer appeared on Tuesday – via video link from his yacht – on the first day of an independent inquiry into Crown.

Mr Packer told the inquiry he’s been on strong medication that has impaired his memory so severely that he cannot remember times when he was the director of Crown Resorts.

Since his highly publicised split with Carey, Mr Packer has opted to stay out of the limelight to look after his mental health.

Moving between Los Angeles, Mexico and Argentina in the years since, he stepped away from the Crown board. And despite being the largest shareholder, he did not attend the 2018 and 2019 annual meetings.

The yacht that has been his floating home of late is a $200 million behemoth.

Amazing photo by Lorian Smith of the yacht IJE

She is the biggest #yacht built by @BenettiYachts , although 2 similar sized yachts will be delivered soon.

The floating palace, which was last logged near Tahiti, was designed by Benetti, measures 108 metres and can sleep up to 22 people.

Mr Packer has avoided much of the coronavirus lockdown safely aboard his super-yacht, accompanied by hosts of guests, including model Megan Blake Irwin.

The doomed romance between Carey and Mr Packer began in 2014 when the two met at a Hercules premiere.

Carey was newly single after separating from husband Nick Cannon, with whom she had twins Monroe and Moroccan in 2011.

Carey and Mr Packer were spotted together in June 2015, and confirmed their relationship when they attended the premiere for The Intern in September.

In January 2016, the Crown Casino mogul popped the question, proposing with a rock reportedly worth a cool $US10 million ($14 million) that Carey joked was “so heavy I can’t lift my arm up”.

“He’s an exceptional person and really … it gets more romantic by the day, so it’s very sweet,” Carey said of Mr Packer at the time.

But dropping one of the world’s most expensive engagement rings wasn’t enough to keep the love from souring. The couple split in October 2016.

And in a brazen move, Carey not only sold the coveted ring for just $US2 million, but also successfully demanded her former flame pay her a $5 million settlement for – wait for it – wasting her time.

The post Not so <I>Obsessed:</I> Mariah Carey denies getting intimate with James Packer appeared first on The New Daily.