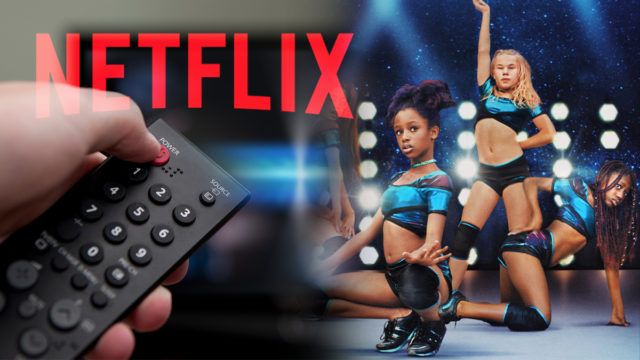 Netflix is facing criminal charges and will appear in a Texas court over the highly controversial film Cuties.

On September 23, a grand jury in Tyler County indicted the streaming giant for promotion of lewd visual material depicting a child.

Critics have likened the film to child exploitation and child pornography, with many users taking issue over the promotional material and its sexualisation of prepubescent girls.

The indictment, which was posted on social media by conservative Texas representative Matt Schaefer, states Netflix promoted visual material that “depicts the lewd exhibition of the genitals or pubic area of a clothed or partially clothed child who is younger than 18 years of age” for the “prurient interest in sex”.

It also states the material has “no serious literary, artistic, political or scientific value”.

Named in the indictment are two of Netflix’s head honchos and co-CEOs, Wilmot Reed Hastings Jr and Theodore Anthony Sarandos Jr, who are accused of authorising or recklessly tolerating the film by promoting it on the platform.

Netflix, Inc. indicted by grand jury in Tyler Co., Tx for promoting material in Cuties film which depicts lewd exhibition of pubic area of a clothed or partially clothed child who was younger than 18 yrs of age which appeals to the prurient interest in sex #Cuties #txlege pic.twitter.com/UJ1hY8XJ2l

In a statement addressing the indictment, Netflix said much of the criticism had missed the point and intended message.

“Cuties is a social commentary against the sexualisation of young children,” the statement said.

“This charge is without merit and we stand by the film.”

If Netflix is convicted, it will likely be ordered to pay a fine and pull the feature from the platform.

Much of the controversy around Cuties, or Mignonnes in French, stems from the US advertisements and promotion, which features four scantily-clad prepubescent girls in suggestive poses.

The coming-of-age film follows Amy, an 11-year-old Senegalese immigrant, who moves to a poor suburb of Paris with her strict mother and polygamous father.

Amy makes new friends and joins a dance crew, forcing her to navigate sexualisation and purity politics in her ultra-conservative Muslim community.

The film’s creator, Maïmouna Doucouré, said Cuties acts as a critique on the over-sexualisation of young girls, but the intended message was lost when Netflix aired its version of the promotional material.

Some reports suggest more than 2.5 million users cancelled their Netflix subscriptions due to the problematic film.

Following mounting criticism that saw #CancelNetflix trend on social media, the streaming giant issued an apology in August for the artwork and description, which differed from Doucouré’s original concept.

We’re deeply sorry for the inappropriate artwork that we used for Mignonnes/Cuties. It was not OK, nor was it representative of this French film which won an award at Sundance. We’ve now updated the pictures and description.

Netflix released another statement in September, defending the decision to keep the film on the platform after users called for it to be removed.

“It’s an award-winning film and a powerful story about the pressure young girls face on social media and from society more generally growing up – and we’d encourage anyone who cares about these important issues to watch the movie.”

The post Netflix indicted over ‘lewd exhibition’ of children in contentious film <I>Cuties</I> appeared first on The New Daily.