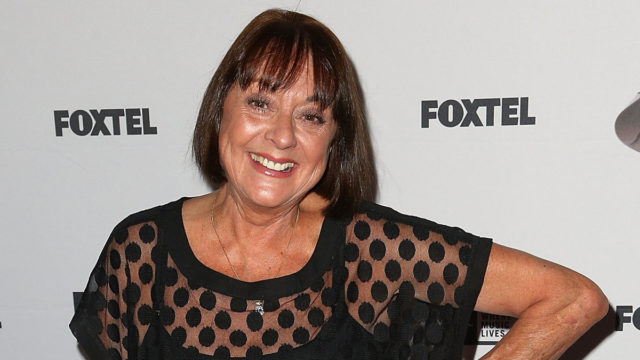 TV presenter Denise Drysdale has been rushed to hospital after “taking a tumble” on the set of a new Channel Seven show.

The TV veteran reportedly had surgery in a Brisbane hospital on Friday after falling over and suffering a shoulder injury.

“She’s wound up doing herself a terrible damage,” he said. “She’s in hospital now, she’s going to be OK.

“She’s about to be wheeled into surgery to have certain body bits fixed up.”

Drysdale also confirmed in the accident in a statement to News Corp.

“Mummy has took a tumble and has broken one of her chicken wings,” she said. “The hospital are taking good care of me.”

The accident happened while filming Channel Seven’s Holey Moley in Queensland. Drysdale’s role in the show – which will be hosted by Sonia Kruger with Matt Shirvington and US comedian Rob Riggle as commentators – is unclear.

Golfing legend Greg Norman will also feature prominently in the show, which will debut on Australian TV later in 2020.

“Holey Moley is mini golf like you’ve never seen before and I couldn’t be more excited to be part of this fresh, fun, new TV series,” Norman said earlier in 2020.

“I look forward to joining the other incredible talent on the Holey Moley team and seeing all of the competitors in the ‘Thunderdome’ of mini golf.”

Holey Moley is being is produced by Eureka Productions and based on an American show of the same name. It is also hosted by Riggle, whose other credits include Step Brothers, The Hangover and The Other Guy.

The post Denise Drysdale rushed to hospital after on-set accident appeared first on The New Daily.