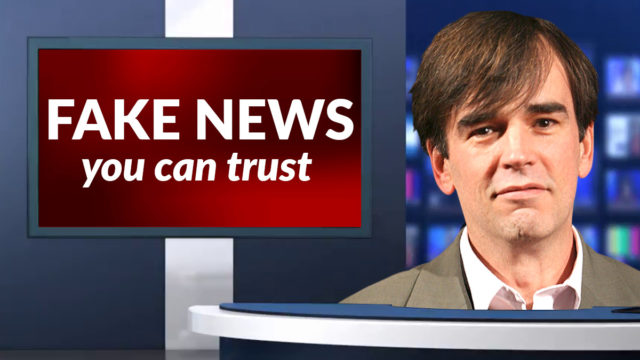 People applying for a partner visa in Australia must complete 500 hours of English classes, unlike the lifetime of English immersion that has yet to improve our spelling of ‘your’ and ‘you’re’.

A millennial Government spokeswoman said, “Like, whatevs, get yer own adulting clap-back, brah.” She hangrily called on woke Australians to phub hundo-P of immigrants’ partners, throwing shade on stans who she can’t even.

The canary wheeled into the colloquial coal mine was Alan Tudge, Acting Minister for Immigration And Other Departments Who Can’t Read Right.

The policy flies in the face of most Australian Uber passengers who believe English can be understood by anybody if repeated at increasing volume.

All patriotic Americans agree that America is the greatest nation on earth, apart from the other 50 per cent of Americans.

Democrat voters preparing to (momentarily) elect Joseph Biden agree that most Republican voters are too poor to be voting Republican.

In the words of Sherlock Holmes, “Once you eliminate the impossible, whatever remains, no matter how improbable, must be the President.”

PARANOIA NOTHING TO BE SCARED OF

Facebook will ban any groups or pages that represent “QAnon”, the conspiracy theorist group representing Batters of Ding.

After an agonising split-second, “QAnon” simply changed its name to “17Anon”.

Social media providers are clicking and dragging their feet. A Facenerd said, “It’s not easy to invent new rules that are wickedly-oppressive yet easily-subverted!”

The Centre Alliance Party will support doubling arts degree charges in exchange for “benefits for South Australia” including moving it to somewhere good.

The Centre Alliance are on the periphery, all alone. They have a staggering magnitude of two (2) Members of Parliament.

A spokeswoman recently riding a unicycle upside down on a high wire said, “Policy-wise, we are at ground zero, which technically means no ground at all.”

Six US off-white supremacists have been charged over an alleged attempt to kidnap Michigan Governor Gretchen Whitmer after months of plotting, training and telling everyone.