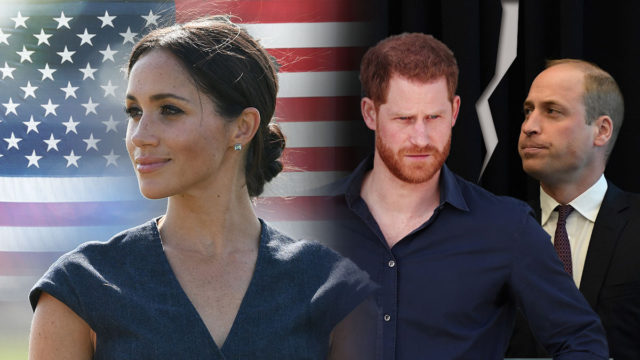 A new royal tell-all has hit shelves, this time detailing the animosity between Prince William and Prince Harry.

Battle of the Brothers: The Inside Story of a Family in Tumult, by historian Robert Lacey, explores the tensions that arose with Harry and Meghan’s whirlwind romance.

“The fundamental conflict was between the two males who had known each other all their lives and had never hesitated to tell each other exactly what they thought and felt,” Lacey writes.

“William worried that his brother was moving too fast in his courtship – and he did not shrink from saying as much when Harry started talking about getting hitched to Meghan quite soon.

“According to another source on this crucial and much-reported confrontation between the brothers that occurred sometime in late 2016 or early 2017, William couched his question in terms of apparent concern for Meghan.”

Lacey’s book goes on to suggest that the Duke of Cambridge’s reservations about Markle were less about his younger brother’s wellbeing and more about the impact his bride would have on the reputation of the Crown.

“’Waity William,’ of course, took so long to commit to Kate for the sake of the monarchy. He had been auditioning her for a job all those years.

“So Harry could not help but wonder whether Wills was really concerned about his personal happiness—or whether he was, once again and as per usual, thinking about the makeup and fortunes of ‘The Firm’ whose boss he would become one day?

“The response from Harry was a brusque and offended pushback.

“Here we have a couple of brothers who loved each other dearly – most profoundly and genuinely, in fact – but who could give as good as they got when it came to a clash over something that mattered intensely to them.

“For William it was the future state of his monarchy – his sacred trust; while for Harry it was the love of the complex and captivating woman who had finally made sense of his life.”

Back in the US, there might be a new candidate throwing her tiara into the ring ahead of the November 3 presidential election.

A spoof ‘Meghan for President’ website has appeared online, urging people to vote for the Duchess of Sussex.

Unfortunately, Markle isn’t actually putting her hand up for the top job, despite how legitimate the website looks.

Featuring real-life quotes from her own speeches, and photos from previous royal engagements, the site encourages voters to contribute to the fake campaign.

The Duchess’ faux electioneering slogans read “Together We Will Lead” and “A Brighter Tomorrow Begins Today”.

Markle’s supposed policies are “equality”, “empowerment” and “change”, and other quotes featured on the site advocate for understanding and unity.

“With the right tools, we can create an incredible future for all,” the site claims.

“I find that when you strip all the layers away, as people, we can find deep connection with each other, and a shared understanding,” it continues.

“It is my mission to unite this aggressive, confrontational, and dangerous world to bring us all closer. Together.”

And while she isn’t actually in the running, some fans believe voting her into power couldn’t be much worse than the alternatives.