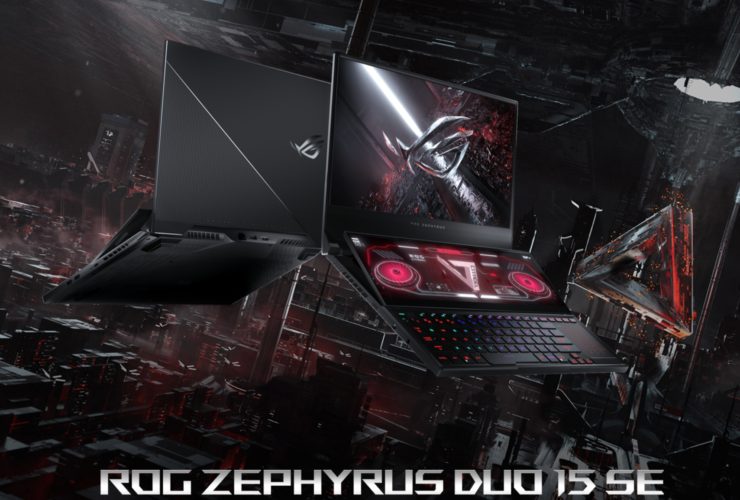 Last year, ASUS released the ROG Zephyrus Duo 15 which was the gaming iteration of the ZenBook Pro Duo. The previous generation shares many features seen on the Zephyrus Duo 15 SE, but the biggest difference is the switch to AMD’s Ryzen 5000 Series mobile processors that have now been accompanied b NVIDIA’s fastest GeForce RTX 30 series GPUs.

The most impressive feature on the Zephyrus Dup 15 is the ScreenPad Plus. The ScreenPad Plus is a 14.1” 4K 60Hz IPS panel and is the largest second display available in a production gaming laptop. The possibilities are endless with the screen. ASUS is working with developers to increase the ScreenPad Plus’ functionality in games. The screen is tilted at a 13-degree angle for a better viewing experience and added cooling.

Techland’s Dying Light 2 moves co-op chats to the secondary screen for easy viewing and adds touchscreen controls for quick switching between inventory items and quests. XSplit Gamecaster is optimized for the second screen, making it easy to manage a broadcast and game simultaneously. Overwolf offers a multi-display advantage with enhancements like real-time stats, build recommendations, and more for popular games. And digital audio workstation FL Studio moves its mixer within reach on the ScreenPad Plus, which also gives music producers more room on the main display for the app’s other tools. 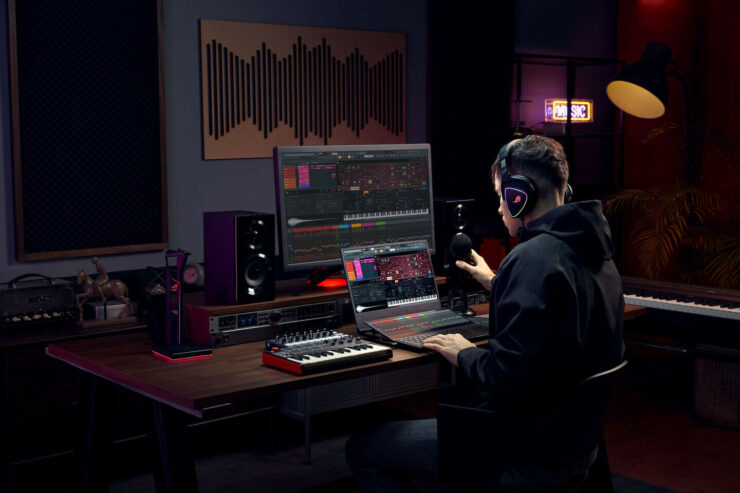 The ASUS ROG Zephyrus Duo 15 SE components are top of the line from AMD and Nvidia. It features up to a Ryzen 9 5900HX Mobile Processor with 8 cores and 16 threads as well as up to a GeForce RTX 3080 mobile series GPU. There is up to 32GB DDR4-3200 RAM of combined onboard and SO-DIMM memory. Dual NVM Express PCIe x4 SSDs run in RAID 0 to provide up to 2 TB and with transfer rates up to 7000MB/s. 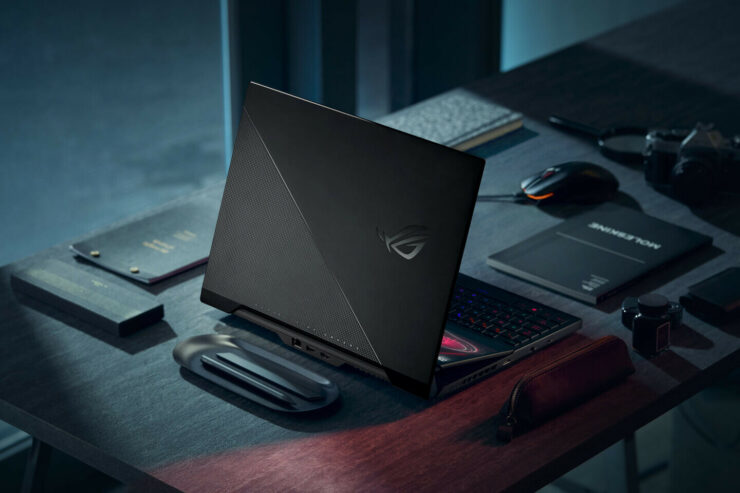 On the ASUS ROG Zephyrus Duo 15 SE, cooling is extremely important with the powerful internals. The CPU is cooled using exotic cooling with Thermal Grizzly’s liquid metal compound. The Active Aerodynamic System (AAS) improved airflow by exposing a 7–10mm intake across the bottom of the laptop when the user lifts the lid and the angled ScreenPad Plus creates a larger intake, increasing airflow by 30%. The cooling module’s five heat pipes draw thermal energy away from the CPU, GPU, VRAM, and VRM and distribute it across four heatsinks filled with ultra-thin fins. All of this allows for greater overclocks and lower temps.

The ROG Zephyrus Duo 15 has more minute features and the full specifications can be found on the product page here. The base model is available for preorder for $2,899 on the ASUS Webstore.