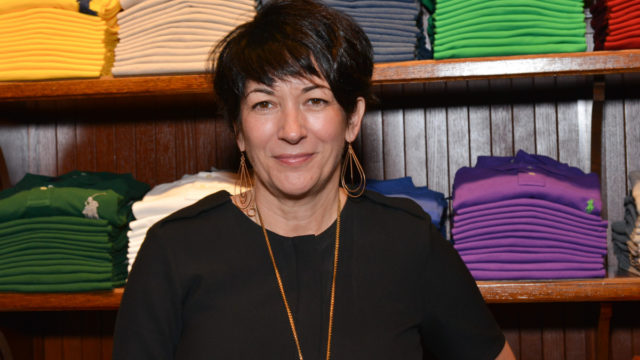 The British socialite awaiting trial on charges that she recruited girls in the 1990s for Jeffrey Epstein to sexually abuse is appealing a US judge’s order that she remain jailed.

Lawyers for Ghislaine Maxwell notified a trial judge on Monday (US time) of plans to appeal her decision two weeks ago to reject a $US28.5 million ($A36.8 million) bail package for Ms Maxwell.

The notice of appeal was posted publicly on Tuesday in the Manhattan federal court record.

In late December, a federal judge in Manhattan said the bail package proposed by defence lawyers only strengthened her confidence that her decision over the northern summer to keep Ms Maxwell incarcerated until the July trial was correct.

The bail package included $US22.5 million that lawyers said amounted to all of Ms Maxwell and her husband’s assets.

They also said she would be under 24-hour guard and restricted to a New York City apartment where she would wear an electronic bracelet.

Prosecutors opposed bail, saying Maxwell remained a threat to flee in part because she had access to considerable wealth and connections abroad.

They also noted that she is a citizen of the US, Britain and France.

Ms Maxwell, who is housed at a federal lockup in Brooklyn, pleaded not guilty after her July arrest to charges that she recruited and groomed girls for Epstein, including one who was 14 years old.

The post Ghislaine Maxwell appeals bail rejection in US case appeared first on The New Daily.