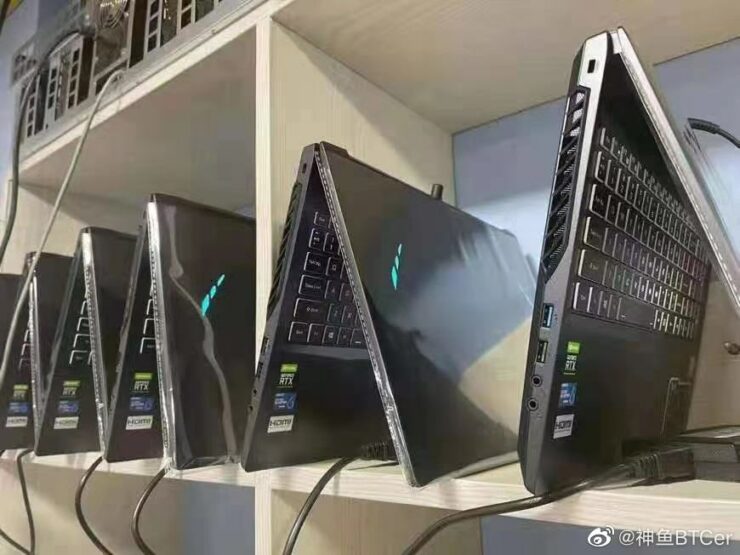 NVIDIA’s GeForce RTX 30 desktop graphics cards are being gobbled up by miners due to the crypto mining capabilities they have to offer but due to severe shortages, miners are now looking at other alternatives for Ethereum GPU mining and one user in China seemed to have found the solution in the form of GeForce RTX 30 series GPUs based notebooks.

Due to the explosion in the rate of Ethereum since last year, GPU mining has once again become popular and miners are trying to get everything they can get hands-on, especially NVIDIA’s GeForce RTX 30 series GPUs. So far, we have only seen cryptocurrency mining farms that utilized desktop graphics cards but since no one can buy those in bulk quantities anymore, users are now getting their hands on the latest laptops that feature the same chips.

NVIDIA announced its GeForce RTX 30 GPUs back at CES 2021 and several models are now being sold at various retail outlets around the globe. However, just like the desktop-side shortages, the laptop market could also see severe shortages in the coming months and quarters as the crypto boom continues and miners make the supply run dry.

The mining rig that has been pictured consists of over 40 laptops from Chinese brand Hasee and features the GeForce RTX 3070 mobility GPU. The GeForce RTX 3060 laptop solution is definitely not similar to the desktop variant which offers much better specifications and doesn’t come at a lower price either. According to NVIDIA themselves, the RTX 3060 laptops start at $999 US & the miners can save a penny by purchasing in bulk but they end up paying at least $600 US more for the laptop variant. Plus, they also end up with unnecessary hardware that the laptops feature. At the same time, the laptop variants do feature reduced TGPs which might save electricity costs & offer higher crypto mining rates.

The leaker mentions that the laptops need to be put in tent mode to provide optimal cooling for the GPU as these would be running 24/7. You can also see a very interesting exhaust vent that is made out of 32 120mm fans fitted within the window to exhaust hot air out of the room. This is definitely insightful information to help his other fellow miners but not good for the industry that faces severe gaming GPU shortages.

In addition to that, a content producer and creator at Bilibili has showcased how easy it is to mine with an NVIDIA GeForce RTX 3060 based laptop. The graphics chip was able to mine Ethereum at 0.00053009 rates in 2 hours while sitting at Starbucks so we are talking free electricity over here. 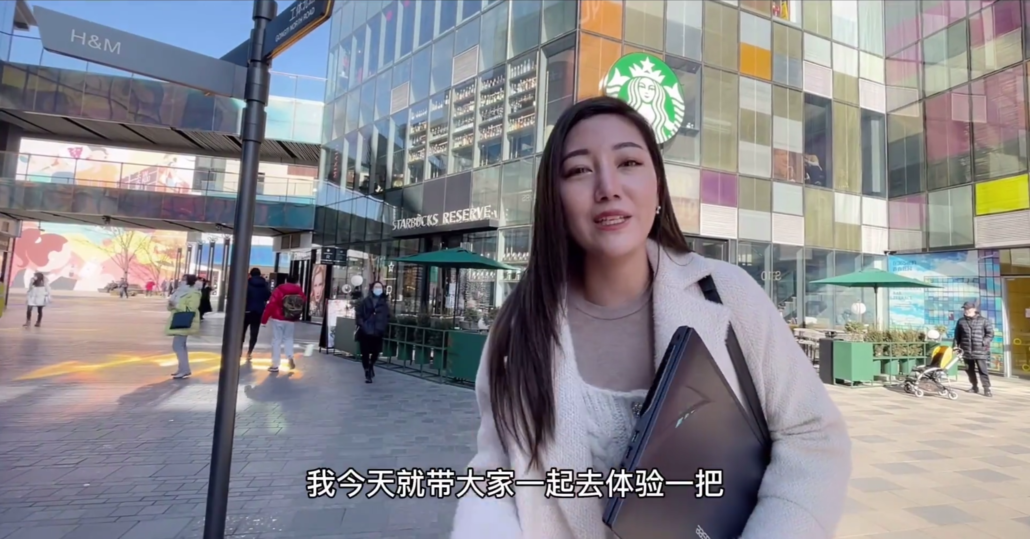 A more detailed earnings analysis is provided by TechARP who suggests that the NVIDIA GeForce RTX 3060 can earn up to 2.3217942 ETH per year. That’s around $3700 US which means that you will be able to recover the cost of your laptop pretty easily and even earn a small profit considering that these laptops don’t consume as much power as the desktop variants as mentioned above.

You can see the full earning breakdown below:

Based on her experience, we can guesstimate that the average GeForce RTX 3060 laptop can produce :

So that mining rig with 20 Hasee laptops you saw up there could make, at current prices, about :

Assuming each laptop uses about 250 watts of power (including whatever external fans he may have), that works out to about US$3,679.20 per year.

So his net profit for the 20-laptop mining rig would be US$74,356 per year, at current prices.

Well, we would say this is definitely some interesting stuff from the Chinese people & for the mining community but at the same time, we know a lot of fellow gamers who will now also be unable to get an NVIDIA GeForce RTX 30 GPU based notebook, adding to their frustration in regards to GPU shortages and price hikes.