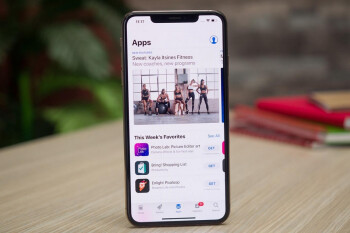 Besides without using a Passcode or Face ID, the iOS 14.5 beta has something else new. In an attempt to make some more money from the App Store (beyond Apple’s 30% cut of in-app revenue), is placing ads on the App Store’s Search tab. , the advertised app is listed as a suggested one for iPhone users to install.
Keep in mind that since this is showing up only on the iOS 14.5 beta, there is a chance that it won’t be kept for the final version of the build. In that case, things would revert to how they used to work now with ads appearing only when advertisers bid …