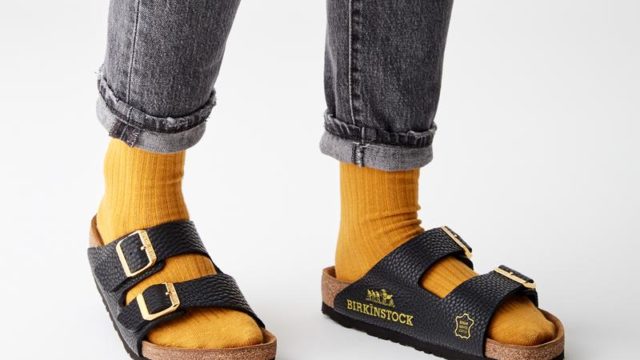 Last week, we brought you news of Nike’s hands-free sneakers.

This week, there’s nothing free about the pricetag-heavy sandal from Birkin.

Birkin, of handbag fame, has released the Birkinstock – it’s got nothing to do with old faithful German brand Birkenstock, but it looks pretty darn similar.

But you won’t be seeing them for sale in your neighbourhood shoe store.

“A Birkin bag is like an art object. It’s so sacred, you can’t damage it.”

Bentel went on to explain their Birkinstock project was to juxtapose the exclusivity of the Hermes Birkin bag, with the everyday footwear of the Birkenstock.

“The people that you see wearing Birkenstocks are not the same people you would assume own Birkin bags, and this is just punching those two ends of the spectrum together,” he said.

There are just 10 pairs of the Birkinstocks for sale, on a made-to-order basis.

The post People are selling their soles for these $98,000 sandals appeared first on The New Daily.