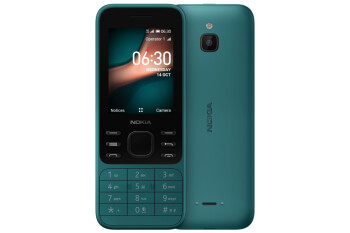 We indeed live in a “smartphone world,” but that doesn’t mean that feature phones are no longer a thing. On the contrary, Nokia feature phones sell very well all around the world, so it’s no wonder that the Finnish company continues to produce these “relics of the past.”

The most recent is the Nokia 6300, a 4G-enabled handset that has just made its debut in the United States. It costs just $70 and is available in three different colors: charcoal, cyan, and white.

Now, since this isn’t a smartphone, it’s probably not worth talking about specs, but just for the sake of reporting, here …