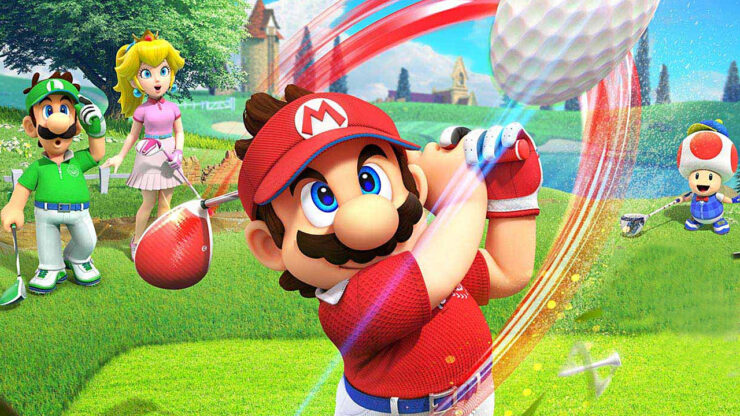 Mario has indulged in a lot of sports over the years, but it seems there’s nothing he likes more than a good round of golf (except maybe tennis). Well, during today’s Nintendo Direct it was announced the plumber and his pals will be hitting the links once again this summer in Mario Golf: Super Rush!

Based on the debut trailer, it seems like Mario Golf: Super Rush will tone down some of the wackiness found in recent entries in the series, removing power-ups in favor of a more detailed golf mechanics and motion controls. That said, there are some unique touches – Speed Golf allows Mario and friends to run freely around the golf course, in order to finish a game as quickly as possible, and yes, a full Story Mode with RPG elements is also in the works. Check out the first trailer for Mario Gold: Super Rush, below.

Definitely liking what I’m seeing. Could this be the best Mario sports game in a while? Looks like it has a shot! Here are a few more details on Mario Golf: Super Rush, courtesy of Nintendo…

The game also features a Story Mode, starring your Mii character as they interact with Mushroom Kingdom characters, compete in golf challenges and earn experience points to power-up stats. You can even use motion controls by holding the Joy-Con controller as a golf club!