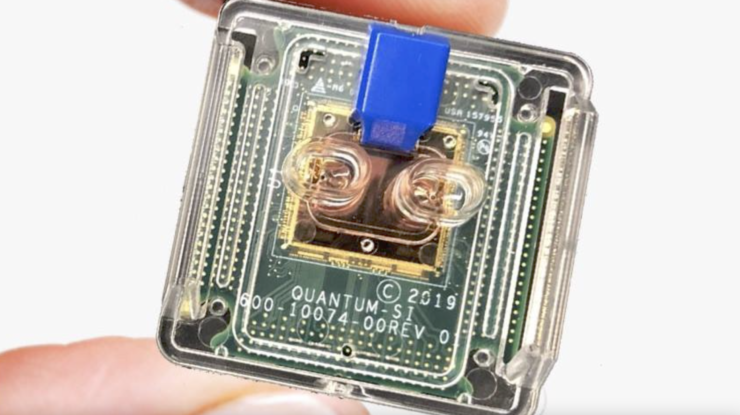 Black check company HighCape Capital Acquisition Corp’s (NASDAQ:CAPA) have reached record new highs after proteomics semiconductor Quantum-Si announced its decision to combine with the firm. The deal will see Quantum-Si being valued at $1.46 billion post-transaction, with $514 million cash being held by the company. It is also supported by $415 million private investment in a public entity (PIPE) funding, and following the transaction, the new entity will trade under the ticker ‘QSI’ on the Nasdaq stock market.

Quantum-Si Points At $21 Billion Market For Proteomics, Genomics and Analyte Testing With $186 Million Revenue Estimate For 2025

As opposed to the current Special Purpose Acquisition Corporation (SPAC) mania that surrounds the electric vehicle and the electric vertical take-off sector, Quantum-Si is a firm that hopes to leverage modern-day technological advances to serve the biotechnology sector. The company’s products involve studying the structures of proteins in a field of study dubbed ‘Proteomics’ which leads to applications such as vaccine creation via investigating protein groups called proteoms.

So far, the company has shared few details for its operations on its website, and the investor presentation which it has released as part of. today’s announcement is the first semi-detailed public source of information for Quantum-Si’s plans. This presentation reveals that as of this year, the company is focused on preparing samples for analysis, identifying, quantifying and sequencing proteins and conducting automated analysis.

The field is complicated by the fact that at any single given point in time, the combination of proteoms varies widely. So during a study, a machine has to see how these interact with each other continuously and what part of the human body they belong to, with the human proteom as a whole having more than one million proteoforms. 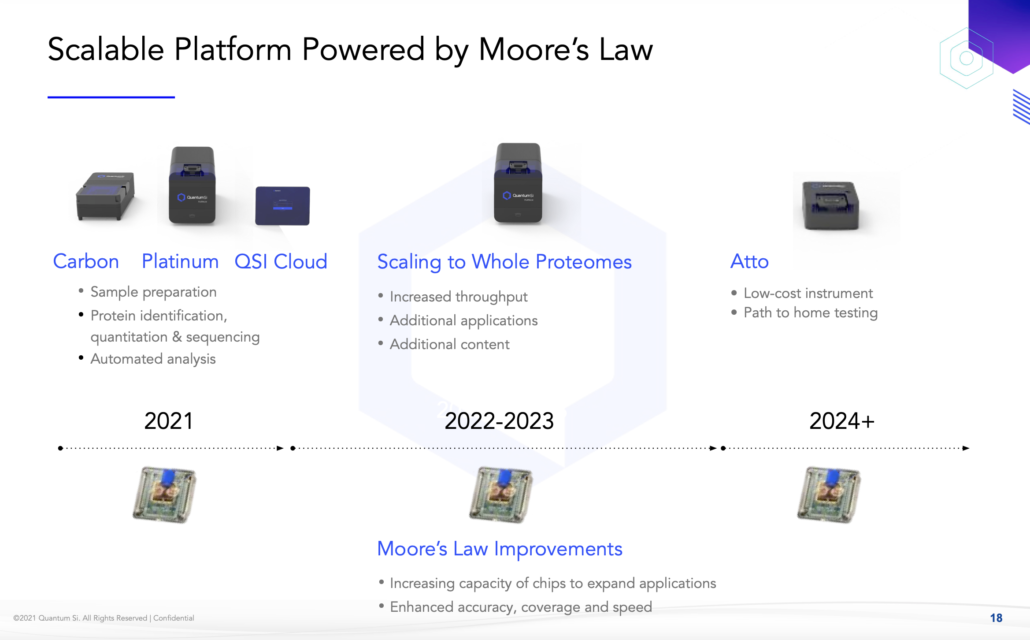 Quantum-Si’s investor presentation for the merger reveals that this year the company will focus on laying the groundwork for its services.

Moving towards numbers, the company hopes that by the end of 2025, it will have generated $186 million in revenue. The bulk of this will be through what Quantum-Si terms as ‘Consumables’. This category refers to ‘kits’ which will have a $45,000 annual spend per device in 2025 according to the investor presentation. It also expects to have 100,000 mass spectrometer users in 2025 and believes that by then more than 100 million immunoassays (antibody tests) will be being performed through its products.

The Consumables spending will be a shift from Quantum-Si’s current revenue model. By the end of next year, the company expects to have generated $17 million in revenue – most of which will have come through its 534 installed instrument base. These instruments are sold to medical service providers and include devices such as mass spectrometers.

However, despite these projections, Quantum-Si does not expect to turn a positive operating profit until 2026 end. Operating profit is the amount of revenue that is left to a company after its direct product and operating costs have been accounted for, following which once tax and interest payments have been made, investors can expect a return on their investment through dividends.

HighCape Capital Acquisition Corp’s shares soared by more than 100% during trading today as the deal was announced, with the stock currently up by 93% at 13:25 EST over yesterday’s closing price.