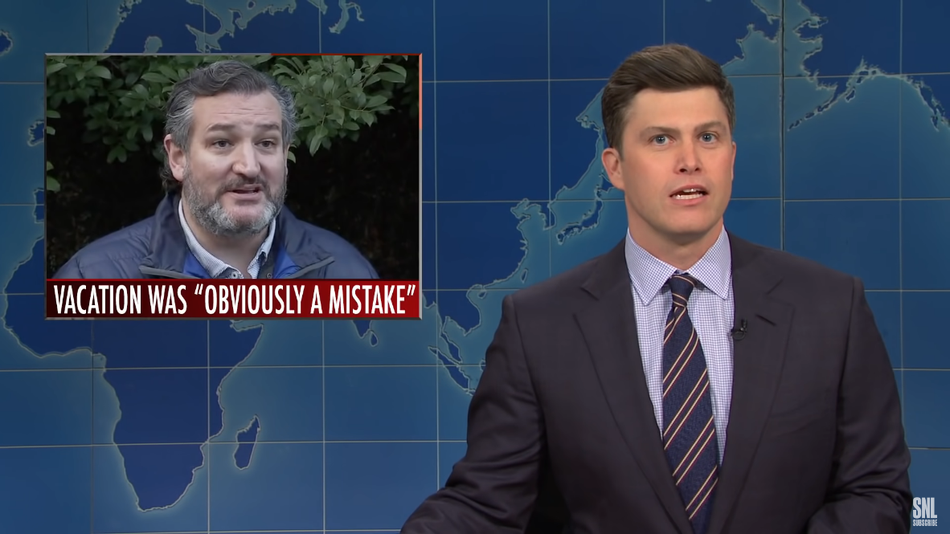 It’s fair to say that Senator Ted Cruz monumentally failed his constituents when he headed to Mexico for a family vacation while millions of Texas residents who were caught in the region’s historic cold snap struggled without heat, electricity, or clean water. It’s equally fair to say the Texas GOP didn’t fare much better, with some moving quickly to politicize the major disaster and dishonestly throw blame for the outages on the state’s renewable energy resources.

As you might imagine, the Saturday Night Live Weekend Update crew had a lot of material to work with. Read more…