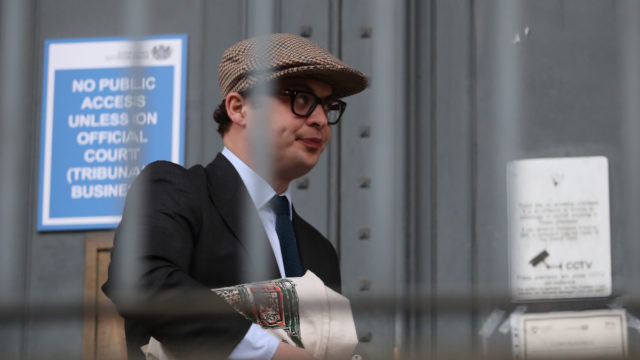 A relative of the Queen has been jailed for 10 months for sexually assaulting a woman at his ancestral home.

Simon Bowes-Lyon, 34, the Earl of Strathmore, pleaded guilty to attacking a woman at Glamis Castle, Angus, in February last year.

Bowes-Lyon, who is the son of a cousin of the Queen, was sentenced at Dundee Sheriff Court on Tuesday.

In a statement outside court after pleading guilty last month, Bowes-Lyon said he is “greatly ashamed of my actions which have caused such distress to a guest in my home”.

Simon Bowes-Lyon admitted to attacking a woman at Glamis Castlehttps://t.co/8gwtIhSFzq

He said he had “drunk to excess” on the night of the attack, which he said was “no excuse” for his actions.

He added: “I did not think I was capable of behaving the way I did but have had to face up to it and take responsibility.

“My apologies go, above all, to the woman concerned but I would also like to apologise to family, friends and colleagues for the distress I have caused them.”

Glamis Castle is the seat of the earls of Strathmore and Kinghorne, part of the late Queen Mother’s family.