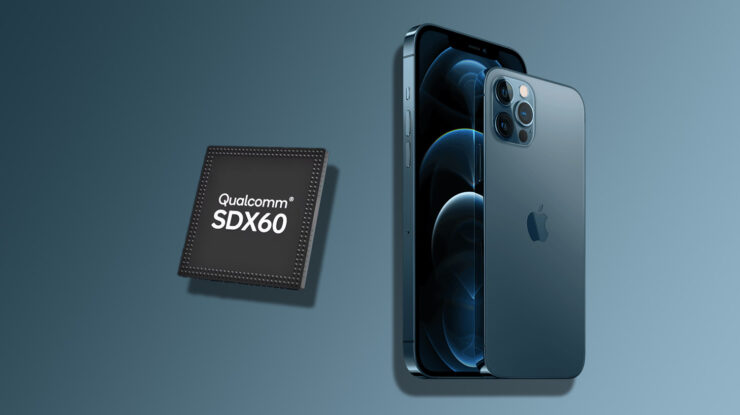 Where the iPhone 12 was rocking the Snapdragon X55, the iPhone 13 would sport the upgraded Snapdragon X60 5G modem, according to the latest report. However, this modem is not the fastest from Qualcomm, but that does not mean it will not arrive with several improvements compared to the previous model.

Snapdragon X60 Is Made on the 5nm Process, Contributing to Improved Battery Life on the iPhone 13

A report from DigiTimes mentions that the Snapdragon X60 will be found in the upcoming iPhone 13 series, leading to improved battery life thanks to the 5G modem made on Samsung’s 5nm node. Each iPhone 13 model will also be able to aggregate 5G data from both mmWave and sub-6GHz bands simultaneously to achieve an optimal combination of high wireless data speeds and low-latency network coverage.

Moreover, we expect Apple’s software to optimize performance and battery life by putting the 5G modem in a low-power state when the Snapdragon X60 is not connected to any 5G networks. Apple is expected to launch four iPhone 13 models later this year, so we’ll know exactly what speeds these models can achieve shortly after their arrival.