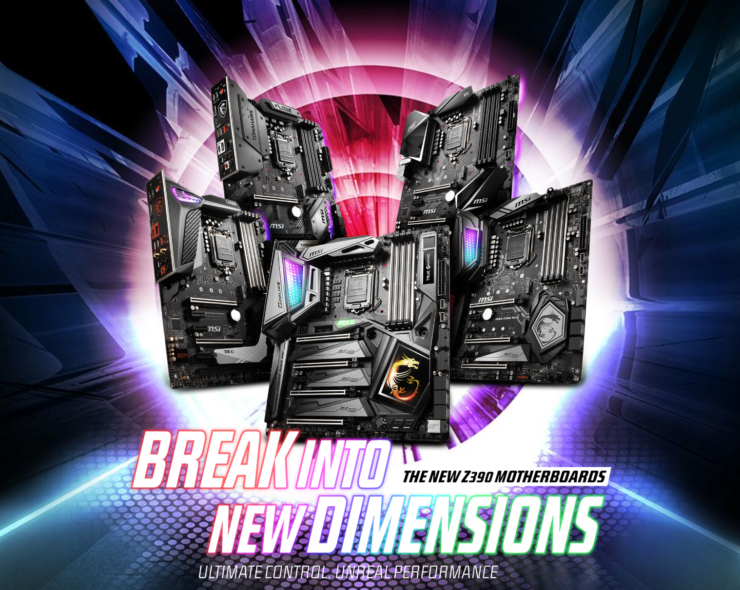 For those running an Intel 300-series motherboards and planning to get some of that resizable-bar goodness, then MSI has you covered with the latest BIOS Firmware that adds BAR support on Z390, H370, B360, and H310 chipset based motherboards.

MSI had already announced that it will be bringing Resizable-BAR to its fleet of Intel 300-series motherboards. The BIOS firmware for over 50 motherboards is now live but MSI is just getting started as more motherboards will be getting support for the feature in the future, especially the Intel Z370 lineup.

It is stated by MSI that the BIOS adds supports for Resizable-BAR which will enhance overall GPU performance for NVIDIA GeForce RTX 30 and AMD Radeon RX 6000 series graphics cards in titles that could make use of the feature. Gains of around 10-15% should be expected but as we have seen before, don’t expect all games to scale that well with BAR enabled. As for the lineup, MSI has literally its entire portfolio of 300-series motherboards based on the Z390, H370, B360, and H310 chipsets. You can see the list below: 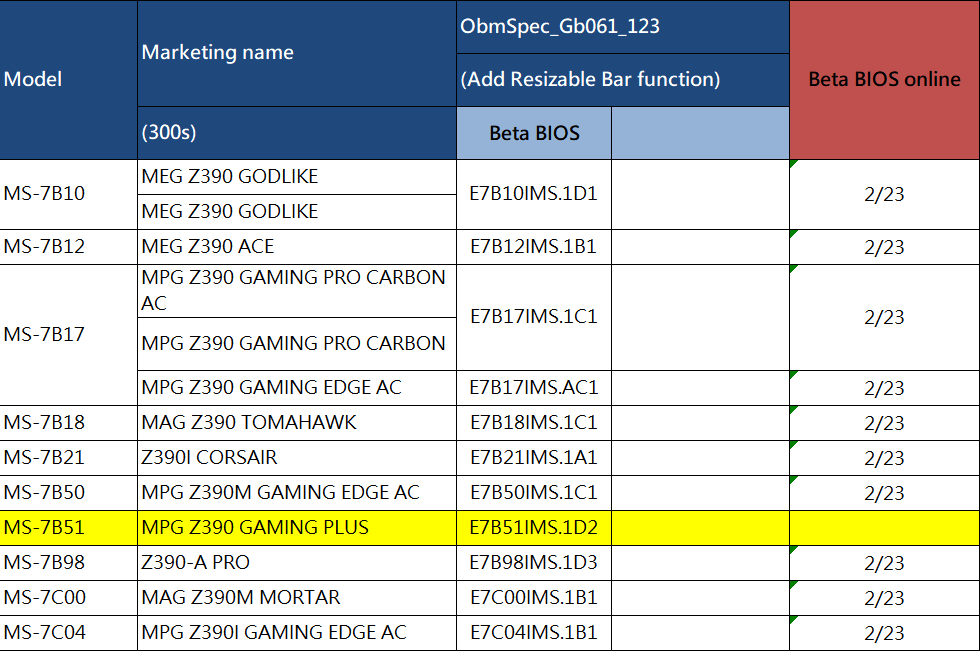 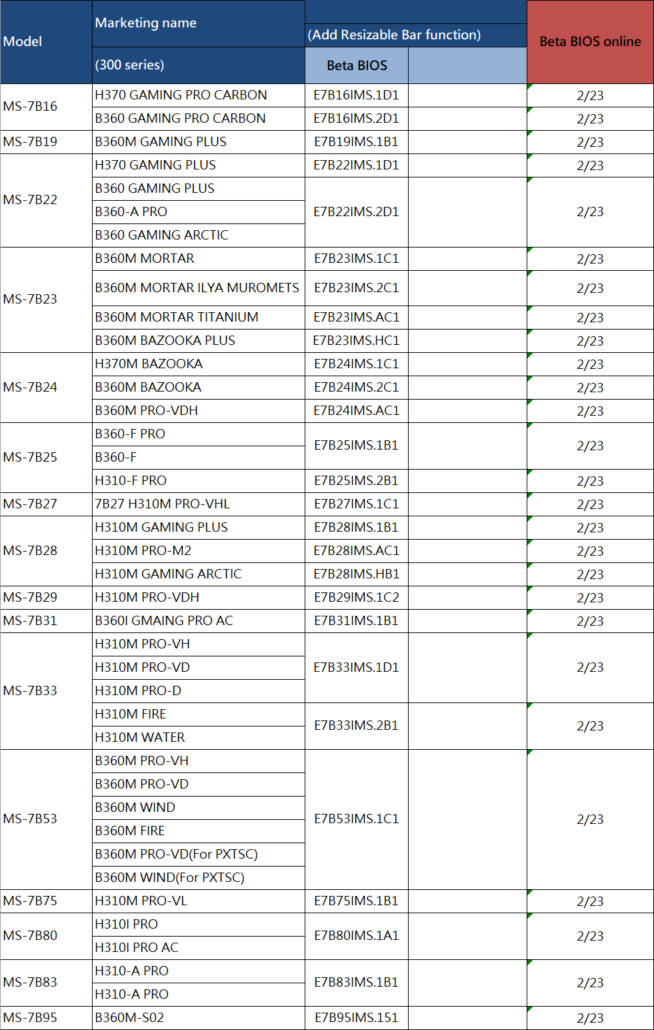 In addition to the Intel 300-series motherboards listed above, MSI is also working to add Resizable-BAR support on its Z370 lineup of motherboards. There are still a lot of users currently running the Z370 platform with Coffee Lake CPUs.

If you are running a motherboard listed above, you can head over to MSI’s support page and find the respective BIOS for your motherboard to make sure you’re updated. A free performance boost with Resizable-BAR is definitely worth checking out the latest BIOS firmware. MSI has also added Resizable-BAR support to Intel and AMD HEDT lineups such as the TRX40 and X299 platforms which you can check out here and here.