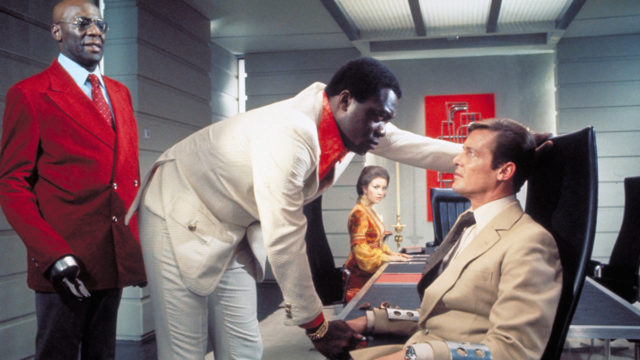 A US actor known for his roles in movies such as the James Bond film Live and Let Die and Alien has died in the Philippines at the age of 81, his wife says.

Yaphet Kotto passed away on Monday, “around 10.30pm Philippine time,” according to his wife, Thesssa Sinahon.

It was not clear what the cause of death was.

The towering actor was best known for his role as the evil Caribbean diplomat Dr Kananga, who also masquerades as the New York drug lord Mr Big, in 1973’s Live and Let Die, featuring Roger Moore as James Bond.

“I’m saddened and still in shocked of the passing of my husband Yaphet of 24 years,” Sinahon said in a post on Facebook.

“This is a very [painful] moment for me to inform you all fans, friends and family of my husband.”

Sinahon said Kotto still had a lot of plans and had offers to star in such movies as GI Joe and a film with Tom Cruise.

“You played a villain on some of your movies, but for me you’re a real hero and to a lot of people also,” she added.

“A good man, a good father, a good husband and a decent human being, very rare to find.”

He had six children and was married three times.

Yaphet Kotto. My Mom’s favorite. He’s one of those actors who deserved more than the parts he got. But he took those parts and made them wonderful all the same. A star. Rest well, sir. pic.twitter.com/BqeuVc7DSB

He began studying acting at the age of 16 at the Actors Mobile Theatre Studio, and made his movie debut in 1963 as an extra in the Western comedy 4 for Texas.

He also famously played technician Dennis Parker in 1979’s Alien, and William Laughlin alongside Arnold Schwarzenegger in the 1987 action film The Running Man.

In television, he is known for his role as a police lieutenant in the NBC series Homicide: Life on the Street.