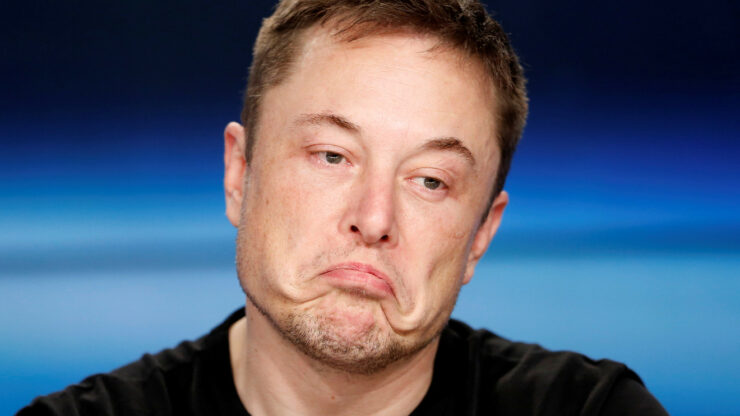 The National Aeronautics and Space Administration (NASA) has cited doubts about Space Exploration Technologies Corp.’s (SpaceX) ability to meet a 2022 launch date for the agency’s Time-Resolved Observations of Precipitation Structure and Storm Intensity with a Constellation of Smallsats (TROPICS) mission. This mission will support research conducted with the Massachusetts Institute of Technology (MIT) that will allow researchers to understand storm formation through rapid measurements conducted by small satellites.

The agency plans to launch the six small satellites between January and July next year, and proposals submitted for the contract included those from SpaceX, Astra, RocketLab, Momentus and Virgin Orbit. Out of the five submissions, four were selected to submit final proposals, with  Virgin Orbit failing to make the cut due to falling outside NASA’s “competitive range”.

This range constituted of two factors, namely Technical and Management capabilities and pricing – with the two being ascribed roughly equal importance by the space agency. The technical management factor further constituted six subfactors which covered the ability to raise funds for the mission, the ability to meet mission requirements and the ability to secure launch licenses from the Federal Aviation Agency (FAA) amongst other criteria.

NASA’s source selection document for the TROPICS award is limited in nature as it does not describe the companies’ performance in all these factors. Instead, it limits itself to describing Significant Strengths, Strengths, Weaknesses and Significant Weaknesses for the proposals submitted.

As opposed to its previous NASA evaluations where it received a host of different ratings (and beat Boeing), SpaceX’s performance in the TROPICS award only features a weakness and a significant weaknesses adjectival rating. The source selection document’s wording suggests that instead of submitting is flight-proven Falcon 9 rocket for the mission, SpaceX instead chose to test the waters by submitting the Starship launch vehicle platform. 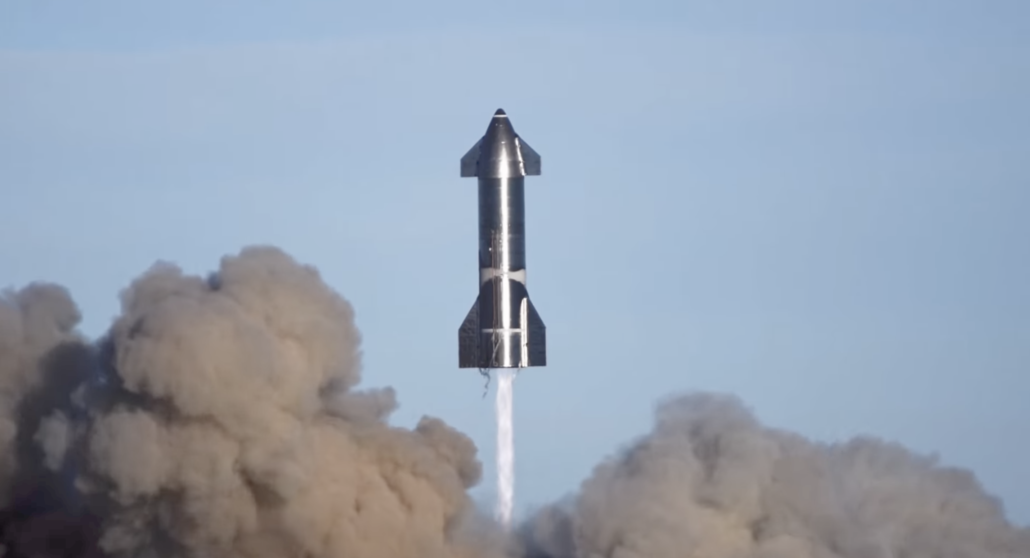 The Starship SN8 prototype takes off for its test flight in December 2020. Image: SpaceX/YouTube

Specifically, NASA deems SpaceX’s inability to secure a positive environmental assessment from the Federal Aviation Agency (FAA) for its launch site as a weakness that casts doubt on the company’s ability to secure a launch license. Given that SpaceX already has an updated environmental assessment for Falcon launches and launch licenses for the Falcon 9 and Falcon Heavy, this is the strongest indicator of the fact that the company submitted Starship instead of Falcon for the TROPICS mission. However, since the document does not explicitly state that Starship was the proposed vehicle, we have chosen to employ an interrogative approach for this piece and the title.

The FAA is currently conducting an environmental assessment of SpaceX’s Boca Chica site to ensure that it meets the requirements of the  1970 National Environmental Protection Act (NEPA). SpaceX currently holds a license for conducting 18-mile high Starship tests in Boca Chica and the assessment involves ongoing tests which are currently testing the upper stage prototypes of the platform for flight to an altitude of 18-kilometers. 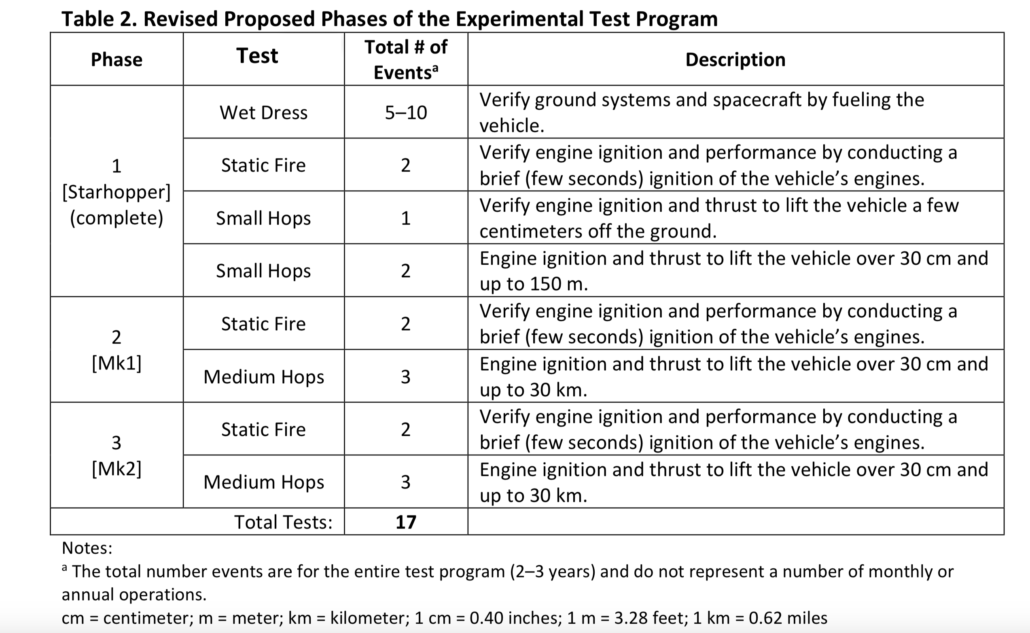 SpaceX shared its testing parameters with the FAA in November 2019. These parameters let the agency determine whether the company’s activities will remain in compliance with environmental regulations. Image: SECOND ADDENDUM TO THE 2019 WRITTEN RE-EVALUATION OF THE 2014 FINAL ENVIRONMENTAL IMPACT STATEMENT FOR THE SPACEX TEXAS LAUNCH SITE (November 6, 2019)/Federal Aviation Agency

The second risk to launch identified by NASA received the Significant Weakness adjectival rating. This rating highlights NASA’s doubt for Starship being able to deliver the six TROPICS small satellites to orbit by January 2022. These satellites will operate at an altitude of 600 kilometers in Low Earth Orbit (LEO) – parameters similar to the ones in which SpaceX’s own Starlink internet satellites operate in.

SpaceSpaceX chief Mr. Elon Musk expects that a Starship orbital flight will take place as soon as this year, but landing the booster would prove to be harder. According to statements made by Mr. Musk at the Mars Society’s Annual Convention last year, the probability of landing the Super Heavy booster ranges between 50% to 60%.

Specifically, in the executive’s own words:

I’m eighty to ninety percent confident that we will reach orbit with Starship next year. I probably….50% to 60%..50% confident that we’ll be able to bring the ship and booster back. That’s more of a dicey situation, we’ll probably lose a few ships before we get the atmospheric return and landing right.

High-volume flights for Starships, the kind that NASA would prefer for a contract award will not take place until next year.

SpaceX also did not make any changes to its final proposal over its initial proposal for the TROPICS award and since it is yet to meet any of the milestones in the proposal’s schedule submitted in August last year, NASA concluded that the company might be unable to meet the contract’s launch date.

The post Did Starship Fail To Meet NASA Bid For Launching Storm Satellites By January 2022? by Ramish Zafar appeared first on Wccftech.