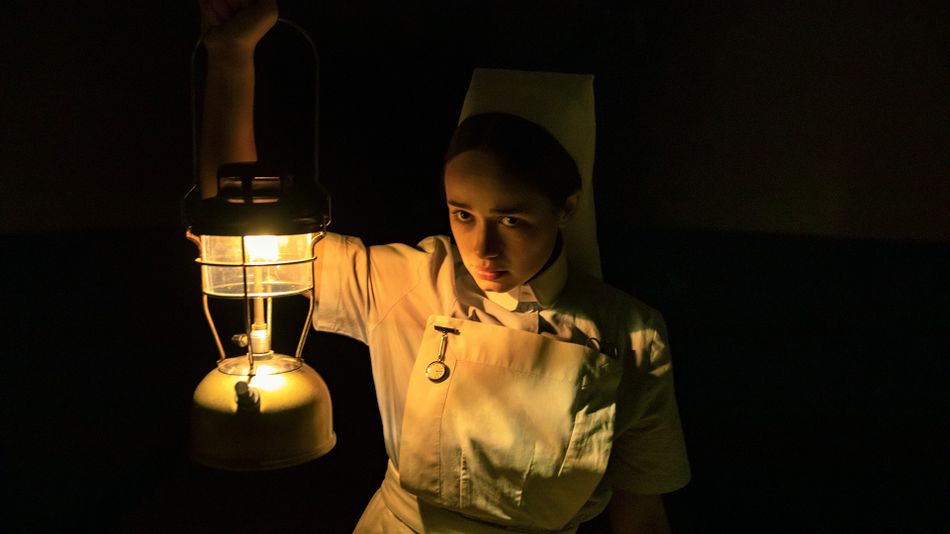 There are many striking images in The Power, but the one that stands out most clearly is a painting.

A little cartoon girl, staring wide-eyed from the wall of a paediatrics ward, her finger pressed tightly to her lips. It’s just one of many unnerving details in the sprawling 1970s London hospital complex where Val (Rose Williams) starts her new job as a nurse — but as she soon discovers when her long first day stretches into the nightshift, it barely scratches the surface of the building’s rotten core.

Set in 1974 at a time when a war between trade unions and the UK government is leading to planned blackouts each night, The Power is a claustrophobic film in which draconian regulations abound and figures of authority rule with an iron fist. In Val’s very first meeting with a stony-faced hospital matron, she’s told in no uncertain terms to do as she’s told if she wants to fit in and that she shouldn’t even speak to the doctors because “they communicate above your level.” Read more…