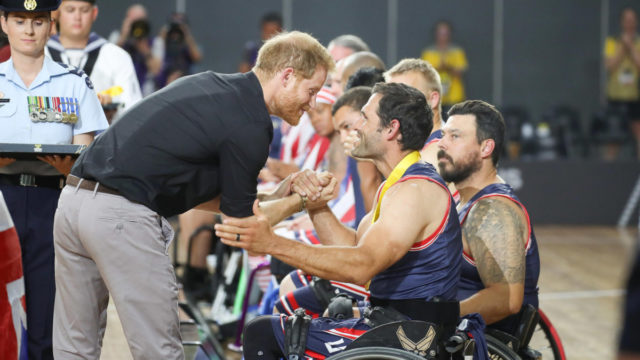 The first show from Prince Harry and Meghan Markle’s Netflix deal will be a docuseries about the Invictus Games, the streaming service has announced.

Heart of Invictus, made by the couple’s Archewell Productions company, will follow competitors as they prepare for the 2022 games for injured military members.

The Duke and Duchess of Sussex signed a major deal with Netflix in 2020, thought to be worth millions of dollars.

The service said the couple would produce “content that informs but also gives hope”, from documentaries and scripted series to features and children’s programs.

Heart of Invictus will be directed by Orlando von Einsiedel and produced by Joanna Natasegara. They previously worked together on Oscar-winning short The White Helmets.

Harry, who is patron of the Invictus Games Foundation, will appear in the show and will serve as executive producer on the series.

It will follow a group of competitors from around the globe, who are all service members who have suffered life-changing injuries or illnesses, on their road to the Invictus Games The Hague 2020. The event is now scheduled for 2022.

Netflix said the multi-episode series would join the competitors as they trained, and along the way reveal powerful stories of resilience and hope.

“Since the very first Invictus Games back in 2014, we knew that each competitor would contribute in their own exceptional way to a mosaic of resilience, determination, and resolve,” Prince Harry said.

“This series will give communities around the world a window into the moving and uplifting stories of these competitors on their path to the Netherlands next year.”

Ted Sarandos, Netflix’s co-CEO and chief content officer, said it was clear from the moment he met the duke and duchess that the games held a “very special place in their hearts”.

“I couldn’t be happier that their first series for Netflix will showcase that for the world in a way never seen before.”